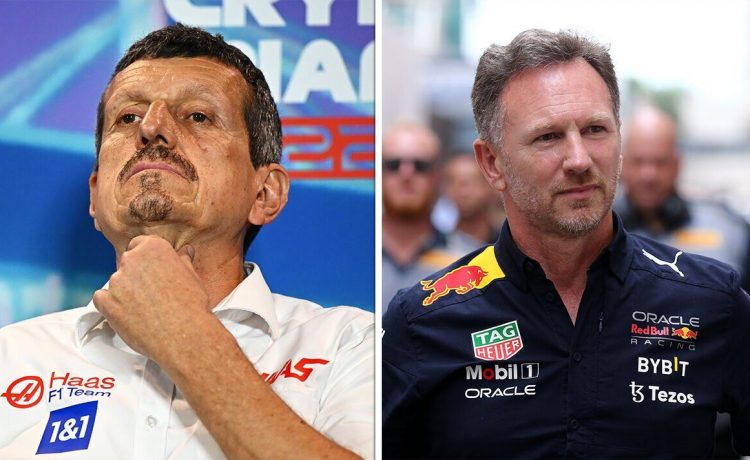 Haas boss Guenther Steiner has warned he doesn’t care if Red Bull were to miss races due to breaking budget cap rules and called out Christian Horner. F1 introduced new budget cap rules from last season with teams only allowed to spend a maximum of £115million ($145m).

However, costs have increased compared to previous seasons as travel and electricity bills soar. Ahead of the Monaco Grand Prix, Horner suggested at least seven teams may miss the last four traces of the season to ensure they don’t breach the budgeting rules.

However, Steiner has hit back at the comments, claiming Red Bull should be stripped of prize money if they fail to attend races. He told Motorsport.com: “I think there are nine teams who are very happy about it [if Red Bull has to miss races] because they don’t get any money next year and we can divide it.

“For sure Ferrari will be happy if they don’t come to the last four races! I think my solution is I need to make work one way or another, And I think most of the team principals have the same instructions.”

Mercedes boss Toto Wolff and McLaren’s Andreas Seidl are believed to be campaigning for a temporary budget cap allowance. This will offer teams extra funds to offset increased costs accumulated due to rising prices.

Steiner said he could get behind a slight increase in transport costs but supported the idea of the budget cap as it was ‘good for the racing’. He added: “It’s mixing it up, I think as I always said short-term nothing will change but mid to long-term I think it will get even closer together.

“But therefore, we shouldn’t now change the budget cap and up it because this is actually good for the racing in the midfield now.”

Horner has called on the FIA to help teams, claiming many were ‘really struggling’ to cope with the extra charges.

He warned: “I think we need the FIA to address the inflationary issue because I think basically probably about seven of the teams probably need to miss the last four races to come within the cap this year, from the consensus that there has been up and down the paddock. It’s not just about the big teams now, it’s teams in the middle of the field that are really struggling with the inflationary rate that we’re seeing that could even get worse in the second half of the year.”