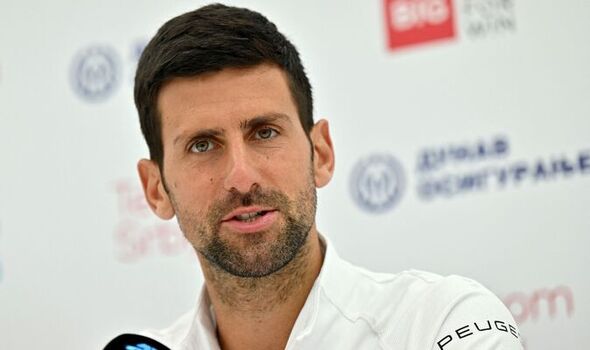 Novak Djokovic has confirmed two more events he plans to play in preparation for Roland Garros which could see him face off against Rafael Nadal twice. Djokovic is playing in just his third tournament of 2022 this week in his home event in Serbia.

The world No 1 will be hoping for a better performance than his performance at the Monte-Carlo Masters after he suffered a shock defeat to Alejandro Davidovich Fokina. Djokovic’s main goal remains challenging for a 21st Grand Slam title in Paris with the French Open getting underway at the end of May.

The Serbian Open is a chance for Djokovic to build up some momentum on clay with a number of the world’s top players skipping the event to play in Barcelona where there are more ranking points up for grabs. Nadal was originally pencilled in to compete at the Barcelona Open, but has only just returned to the practice courts since picking up an injury at Indian Wells last month.

The Spaniard is expected to return in time for the Masters 1000 events in Madrid and Rome at the start of next month. And Djokovic has now confirmed that he will also be planning to attend both events in preparation for Roland Garros.

“I will be in Rome and Madrid, these will be my dress rehearsals for [Roland] Garros,” he said. “We do an evaluation after each tournament, so we’ll see.

“It also depends on how I play here.”

The claycourt season is Djokovic’s first chance this year to put together a run of events after being unable to compete in several tournaments due to Covid regulations.

And Djokovic has made clear what he expects to achieve at the Novak Tennis Centre in Belgrade this week.

“I was unprepared for Monte Carlo, I knew that. I miss matches,” he said. “This is a background that requires frequent play. I hope to have more matches here than in Monte Carlo and I hope the support from the stands, it gives me the wind in my back.

“Roland Garros is the goal on clay this year and I think I’m in Paris for a while. I would not be satisfied with the semifinals here.”