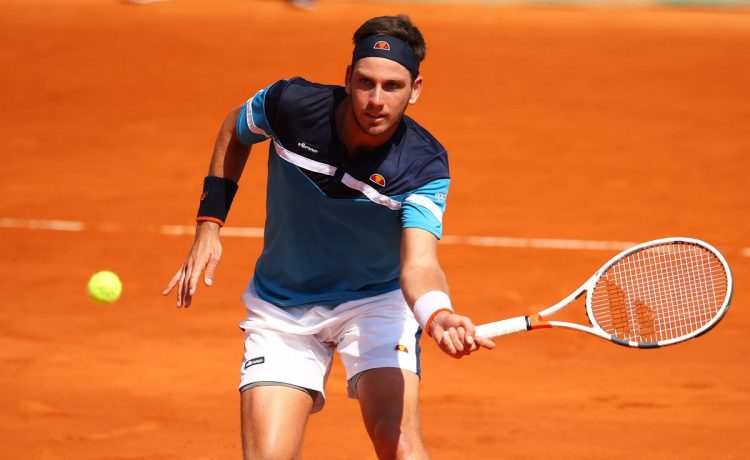 Cameron Norrie prepares for his first singles tournament as a top-10 player when he begins his clay season tomorrow.

The Briton faces world No 37 Albert Ramos-Vinolas in the second round of the Rolex Monte-Carlo Masters, which is the first of three ATP Masters 1000 tournaments played on clay.

The Spaniard kicked off his campaign with a 6-4 4-6 6-2 victory over Tallon Griekspoor, with Norrie being granted a first-round bye.

The pair have faced off four times previously, with Ramos-Vinolas leading 3-1 in the head-to-head. However, Norrie won their most recent encounter at the 2021 Queen’s Club Championships in three sets.

Norrie heads to Monaco as a top-10 player for the first time in his career, with the British No 1 having achieved the feat earlier this month, ticking off yet another impressive career milestone.

After a difficult start to 2022, which saw Norrie lose his first four encounters, saying he played “maybe my worst match in the last eight months or so” in a first-round defeat at the Australian Open, the Briton has now found some form.

In February, the 26-year-old won his third career title by defeating American Reilly Opelka 7-6 7-6 in the final of the Delray Beach Open, before finishing runner-up to Rafael Nadal in Acapulco and reaching the quarter-finals in four of his last five tournaments.

In 2021, Norrie entered five clay-court tournaments, reaching the final of two. In May last year he was defeated by tomorrow’s opponent Ramos-Vinolas in three sets in Estoril before losing out to the current world No 5 Stefanos Tsitsipas 6-3 6-3 at the ATP Lyon Open.

He last competed at the Monte-Carlo Masters back in 2019, when he beat both Márton Fucsovics and Adrian Mannarino in straight sets before being knocked out in the third round by Italian Lorenzo Sonego 6-2 7-5.

Victory over Ramos-Vinolas on Wednesday could see him face Pole Hubert Hurkacz in the round of 16, before setting up a potential clash with 2022 Miami Open runner-up Casper Ruud in the quarter-finals.

World No 1 and 20-time grand slam champion Novak Djokovic could be waiting for Norrie in the semi-finals, returning for his second ATP Tour event of 2022.

The Briton could then face either 2020 US Open runner-up Alexander Zverev or 2021 Monte-Carlo Masters winner Tsitsipas in the final.

Success in Monaco would give Norrie the needed confidence and platform to challenge at the French Open, in turn consolidating his place as a world top-10 player.

He has entered the French Open three times, last year beaten in the third round by 13-time champion Rafael Nadal 6-3 6-3 6-3, the furthest he has gone in the tournament.

Arguably the notable landmark achievement of Norrie’s career so far is becoming the first Briton to win a Masters 1000 title in Indian Wells last October.

Born in South Africa, Norrie becomes the first British men’s player since Andy Murray to break into the top 10 of the world rankings, ending an almost five-year wait.

Just a year ago, Norrie was yet to make his top-50 debut, and he only turned professional four years ago.