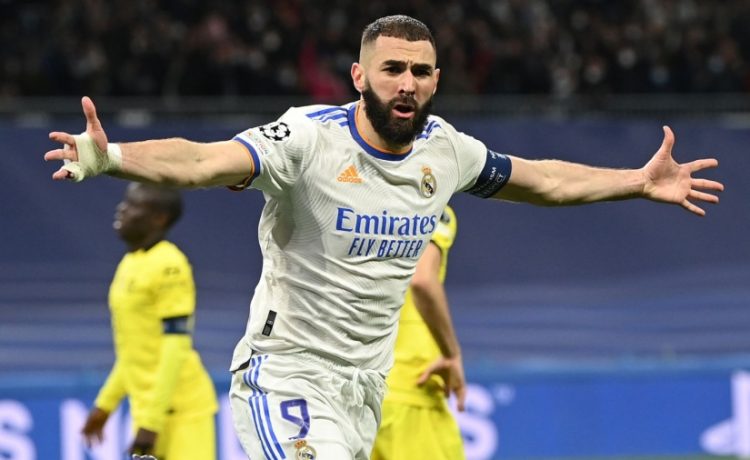 It was a Champions League mission that was supposed to be impossible for Chelsea. And yet it was one that they thought they had pulled off. They refused to wallow when, two goals to the good thanks to Mason Mount and Antonio Rüdiger, they were cruelly denied by a VAR overrule after Marcos Alonso thought he had made it 3-0 in the 62nd minute.

Instead, Timo Werner did make it 3-0. For so many reasons, it had to be the cult hero and, if the travelling fans struggled to make sense of it all – utterly lost in the moment – they were not the only ones. The greatest comeback result in the club’s history was on.

To put the size of the challenge that Chelsea faced into some sort of perspective, only one club had ever overturned a two-goal deficit from a home first leg in the Champions League. That was Manchester United in 2019 against a Paris Saint-Germain team managed by Thomas Tuchel.

On a night that will live long in the memories of everyone present, Tuchel set up boldly and was rewarded for his enterprise, his team starting brightly and getting better and better. Reece James was immense while Mount led a support cast that never stopped running. Or believing.

The problem was that Real Madrid were not finished. They never are. If they have 13 European Cups, they seem to have almost as many lives in the competition each season. They dug out the equaliser when Luka Modric unfurled a sumptuous outside-of-the-boot pass for the substitute Rodrygo to volley home. Even then, Chelsea might have pinched it after the 90 minutes were up. Twice, the substitute Christian Pulisic blazed high.

Real would fashion what proved to be the decisive blow early in extra time. When Vinícius Júnior stood up a cross from the left, Karim Benzema melted away from Rüdiger and the Chelsea defender could only turn in horror, slipping as he did so, powerless to prevent what was coming. Benzema buried the header.

Chelsea refused to go quietly. The drama was remorseless until the end, the passions swirling, the intensity overwhelming. Tuchel was booked for taking one protest to the referee too far while César Azpilicueta, an unused substitute, also received a yellow card.

Hakim Ziyech, on as a substitute, extended Thibaut Courtois at the near post while Federico Valverde made an important challenge on another replacement, Jorginho. Real were clinging on.

There was a big chance when Kai Havertz nodded wide from a James cross and then, with the goalkeeper, Édouard Mendy, up for a last-gasp corner, Ziyech shot and Jorginho dragged wide when he had to score.

The full-time whistle triggered an outpouring of emotion. Real were jubilant, reprieved, their maestros having yet again found a way. Modric had been phenomenal.

Chelsea were devastated. Rüdiger screamed into the night sky as if unable to comprehend that the club’s defence of their title had ended before he slumped to the turf and he was not the only one. It will take some time before the pain fades, although Chelsea must somehow recover in time for Sunday’s FA Cup semi-final against Crystal Palace.

The home support had expected something altogether smoother at kick-off. “No juegues con el rey” read the slogan on their giant tifo. The image showed the king flicking out cards with a number 13 above a European Cup. Don’t play with him, OK?

Chelsea did not listen. Squeezing high in Tuchel’s surprise 4-3-1-2 system – Ruben Loftus-Cheek on the right of midfield, Mount behind split strikers – they got the early goal that they craved. It was Werner who made a flick that he did not seem to know too much about and there was Mount, bursting through to finish.

Tuchel did not want to die wondering. It was swashbuckling stuff because Real could see the spaces in behind the Chelsea defence. Vinícius eyed them covetously. He was frequently one-on-one with James and there was a moment early on when he tricked past him to buy a free-kick and a yellow card for his marker. Benzema lifted a shot over the crossbar. Tuchel’s reasoning was plain. No risk, no reward which James epitomised, playing with a fearlessness despite his booking, not to mention power in the duels.

Chelsea continued to push in the second half. Havertz got into dangerous areas and, after Real had only half-cleared a corner, James flashed a low shot wide. Did it really flick off Modric? Real argued not. But from Mount’s corner, Rüdiger brushed aside Modric and planted a header past Courtois.

Real stirred. Benzema was denied by a saving James tackle, Mendy pushed away a Toni Kroos free-kick and Valverde blasted just over. And yet it was Chelsea who were thwarted most grievously when Alonso got a second bite at his chance off Dani Carvajal and lashed into the far corner. The video assistant would spot that the ball had first reared up off Alonso’s thigh and brushed his hand.

Benzema headed against the crossbar next and then there was Werner, jinking inside and sending Casemiro, David Alaba and Carvajal off towards the Santiago Bernabéu metro station before seeing his shot come off Courtois’s glove and spin into the far corner. Havertz would almost make it 4-0 only for Courtois to keep out his header. Chelsea’s tough-luck story grated hard.