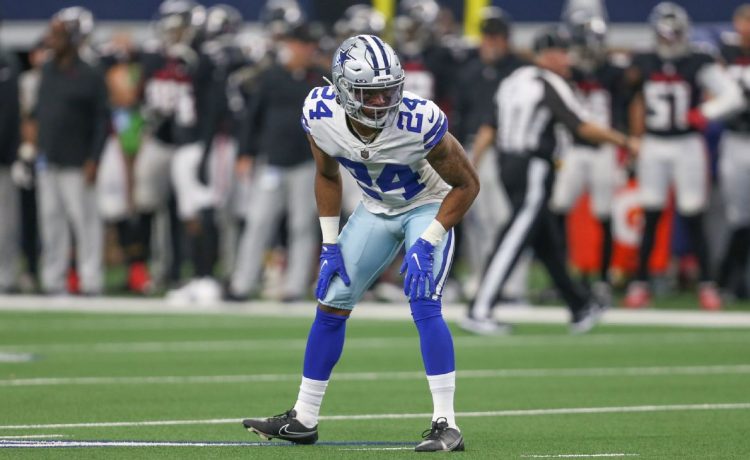 Two men have been arrested in a fatal shooting from a vehicle in which a Dallas Cowboys player was riding, police in Dallas said on Saturday.

Dallas cornerback Kelvin Joseph is not mentioned in a news release that said Aries Jones, 28, and Tivione English, 21, were identified as the shooters and arrested.
Police did not immediately return a phone call on Saturday seeking comment.

A Dallas police spokesman on Friday declined to confirm Joseph’s involvement in the case, but the Dallas Morning News reported detectives have interviewed the 22-year-old player.

Joseph’s attorney, Barry Sorrels, said on Friday that Joseph was a passenger in the SUV from which the shots were fired on 18 March, but was unarmed and did not shoot the victim, Cameron Ray. Joseph “found himself in a situation that escalated without his knowledge or consent,” Sorrels said, and that he apologizes “for being anywhere near this type of incident.”

The Cowboys selected Joseph, the former LSU and Kentucky star, in the second round of last year’s NFL draft.

In a statement, Cowboys officials said they were aware “of the tragic incident” and in contact with Dallas police and the NFL office. In a statement, NFL spokesman Brian McCarthy said, “The matter is under review of the league’s personal conduct policy.”