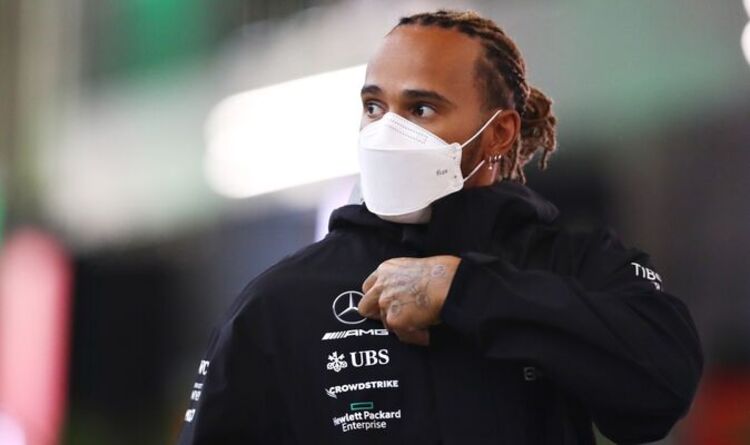 Lewis Hamilton has admitted that he may consider breaking parc ferme rules to make changes to his Mercedes car after failing to make it out of Q1 during Saturday’s qualifying session ahead of the Saudi Arabian Grand Prix, which would mean he cannot line up on the grid with his fellow F1 drivers when the lights go out. The 37-year-old was sensationally knocked out at the first hurdle to cap off his worst qualifying performance in five years before Sergio Perez grabbed pole position with a scintillating final lap on the streets of Jeddah.

Hamilton was unable to get to grips with the machinery underneath him in Q1 and will be starting from all the way down in 16th place when the five red lights go out on Sunday evening. However, there is a chance that he may decide to settle for a pit-lane start in order to work on solving the issues that plagued his efforts in qualifying overnight.

“It’s not going to be one of the hardest races ever, it’s just going to be a so-so race,” said Hamilton, who had not been knocked out in Q1 since the Brazilian Grand Prix in 2017 prior to Saturday’s session.

“It’s probably not going to be that great. Maybe I’ll start from the pit lane and change the car again to make sure it doesn’t handle the way it just did.

“For sure, there is something wrong. I don’t know what it is so I can’t comment on it really. I had no rear end.

“I don’t know what George [Russell] did set up-wise. The car was feeling good in P3 and I made a couple of adjustments but I had no rear end. The rear was just so loose.”

Hamilton’s poor showing in Jeddah marked the latest blow in a succession of recent low points for Mercedes, who have endured a torrid start to the new F1 season in spite of their best efforts. The Silver Arrows were unable to match the pace of Ferrari and Red Bull at last weekend’s season-opening Bahrain Grand Prix and look set to face a tricky task in competing for a podium finish over the course of tomorrow’s race.

“Yeah, of course,” added Hamilton when quizzed on whether he was surprised by his distinct lack of pace in Q1 by F1’s official channels. “It was looking good in P3, we tried to progress in a similar direction and maybe went too far.

“Then the car was just undrivable, it was so nervous. I’ve got the same car as I had in qualifying, so I don’t anticipate moving that far forwards [in the race], but I’ll give it everything.”

It remains to be seen whether Hamilton will be able to put things right by working his way up the order from close to the back of the grid throughout Sunday’s race. The man from Stevenage will be aiming to win a record-breaking eighth Drivers’ Championship title over the course of this year but it seems as though he may have little chance of beating the likes of Charles Leclerc and Max Verstappen if Mercedes fail to solve their glaring issues as a matter of priority.