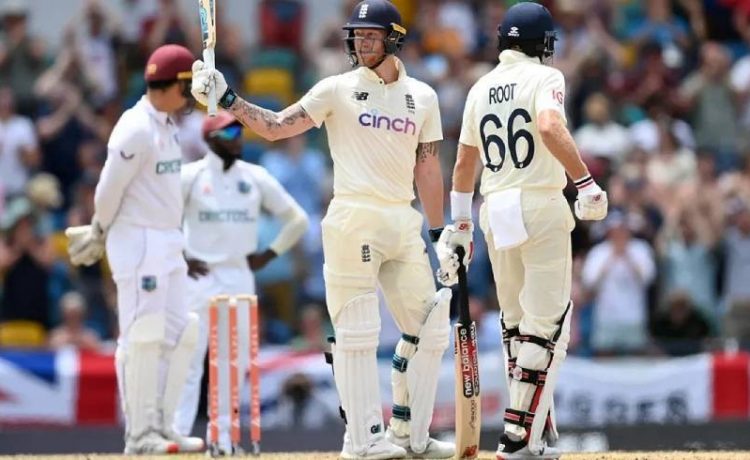 Uninspired with the ball and shown up when it was their turn to bat, England will head into the fourth day in Grenada staring at a series defeat to West Indies and what could easily prove Joe Root’s last as captain of the Test team.

Root dutifully soldiered on after the Ashes due to a lack of alternatives and claimed progress was made during two turgid draws in Antigua and Barbados. Yet with the third Test in the balance and the series on the line, his players produced a performance to rank below anything during this winter of discontent.

At the end of a stirring third day in St George’s, where the locals finally outnumbered the travelling supporters to create an electric atmosphere, the England scorecard was in tatters. They were 103 for eight in their second innings, leading by just 10 runs, and had been cut to shreds by Kyle Mayers and some frankly remarkable figures of five for nine from 13 overs.

The Barbadian all-rounder is no mug with the ball and counties should be queuing up for his signature. But this wasn’t the West Indian Fire in Babylon of old, rather a medium-pace bowler who managed to extract more devil and mischief from a pitch that had earlier seen England powerless to prevent Joshua Da Silva’s unbeaten 100 changing the course of this match.

Root was simply out of ideas during two hours and 17 minutes of pain in the morning session, Da Silva turning his overnight 54 into a maiden Test century ground out over six hours. This was also one half of a defiant 10th wicket stand of 53 with Jayden Seales, the No 11 who averages 3.3 in first-class cricket, that steered West Indies to 297 all out and a precious 93-run lead.

And when it was over to England’s batters to see if they could deliver the latest switcheroo in this absorbing series decider, Root was among the five victims for Mayers, playing a loose backfoot punch on five that was edged to slip. The 31-year-old will likely argue otherwise but it looked the shot of a spent captain.

Not everything falls on Root’s shoulders, of course. He could not stop Zak Crawley getting West Indies off to a flyer when the opener played his latest extravagant drive off Seales and edged to the cordon, nor could he have prevented Dan Lawrence being bowled by Mayers for the fifth duck of his nascent Test career while offering no shot to the all-rounder.

He might have expected more from his vice-captain, Ben Stokes, who was caught in two minds while feathering a catch behind off Mayers; so, too, a senior player such as Jonny Bairstow, when a potentially restorative 26-over stand of 41 with Alex Lees either side of tea was ended with a chirp from Da Silva about slow scoring and then an under-edged pull shot off Alzarri Joseph.

England were just 13 runs from parity and the ball had softened but no collapse would be complete without a farcical run out, Ben Foakes self-immolating fourth ball when he took on the arm of Mayers in the deep; at 83 for six, the steel band in the ground could easily have started panning out the Last Post.

Sensing the force was with Mayers, West Indies’ captain, Kraigg Brathwaite, summoned him for a second spell that saw the completion of his maiden Test five-wicket haul, Lees bowled for a gritty 31 with a grubber and Craig Overton edging a lifter to third slip. Chris Woakes and Jack Leach held out before the close but England have entered miracle-required territory.

This carnage had followed a morning from Hades for Root’s guileless attack and one that Da Silva will never forget, the 23-year-old having shrugged off the pain of a blow to his hand from Woakes and realised a dream first spawned when he was growing up in Port of Spain. As Da Silva slapped Overton for back-to-back fours to bring up his century, the noise inside the National Cricket Stadium was akin to a calypso tent during carnival season.

Da Silva could barely contain his emotion, tears flooding to the eyes of this deeply religious wicketkeeper-batter as looked to the heavens and Seales, his old teammate from Queens Park Cricket Club, slapped him on the back.

“Thanks to God, my parents and everybody supporting me,” Da Silva told the broadcasters at the change of innings. “It means the world to me.”

This emotion clearly got to Da Silva, who appeared to feather a catch down leg the very next delivery and walked off while making a cursory review. He had already crossed the rope and was back in the dressing room by the time it transpired there was no edge, with the crowd going berserk once more.

There was no impact on the final total but the reprieve allowed Da Silva to register red ink, Root bringing himself on for the next over and removing Seales with a smart caught and bowled. Less clever was his use of the review system, which saw all three burned on day two and then punished on the third morning when the newly arrived Seales survived an lbw shout from Saqib Mahmood.

The latest in a string of incorrect decisions during this series, it would have seen West Indies bowled out for 245 with a lead of just 41 and Da Silva left high and dry on 65. As it was, the last-wicket pairing chiselled away for another 23 maddening overs and Root’s horror day began to truly take shape.