Home » What your favourite pizza topping says about your taste in the opposite sex, study reveals
Food 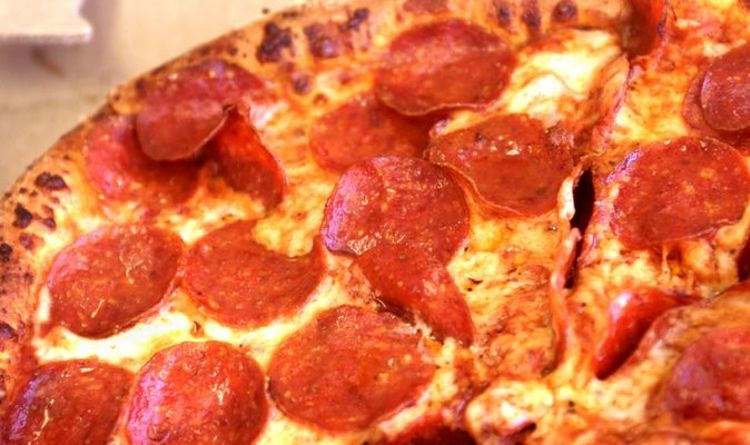 If you fancy blondes, then the chances are pepperoni is your favourite pizza topping – while fans of redheads tend to go for meaty toppings, according to a study. A poll of 2,000 adults identified the correlation between their go-to pizza and what they find attractive in a prospective partner.

And it emerged those who would go for someone with blonde hair – such as Margot Robbie or Ryan Reynolds – also tend to be fans of pepperoni pizzas.

Meat feast fans prefer redheads like Ed Sheeran and Emma Stone – while those with black hair, such as Idris Elba, would be the perfect date for those with a penchant for tuna on pizza.

The study, commissioned by Domino’s, which is offering a special Valentine’s Day only deal, found 55 percent would opt for pizza on at least one of their first three dates.

And a fifth are planning to enjoy a few slices this Valentine’s Day.

“But anyone searching for true love knows how tricky those first few dates can be, so we’ve done the hard work for you.

“All you now need is to ask them the one delicious, doughy question… what’s your favourite pizza?

“Let’s be honest, pizza is, and always will, be love at first slice.”

The study found six in ten believe the way to someone’s heart is through their stomach, with 55 percent claiming a shared love of food is something they look for in a partner.

And for one in ten, finding someone who is specifically a fan of pizza is so important to them, that they’ve mentioned the classic Italian dish on their online dating profile.

While this form of food appears to be a safe option on a date, some of those polled are particular about potential partners’ pizza preferences.

Of those polled, 15 percent claim they wouldn’t date someone who ate pizza with a knife and fork.

More than one in six (15 percent) wouldn’t go out with someone who leaves the crusts, and 17 percent would be put off by someone who likes pineapple on their pizza.

While 21 percent and 23 percent feel the same respectively about those who go for tuna and anchovies as toppings.

The study, carried out via OnePoll, found those polled are also particular about sharing a pizza or having one all to themselves – but there isn’t a common consensus.

Almost four in ten (39 percent) would be fine sharing, but 35 percent would not be keen.

But the vast majority (78 percent) would be open to swapping a slice of their pizza in exchange for a piece of their date’s.