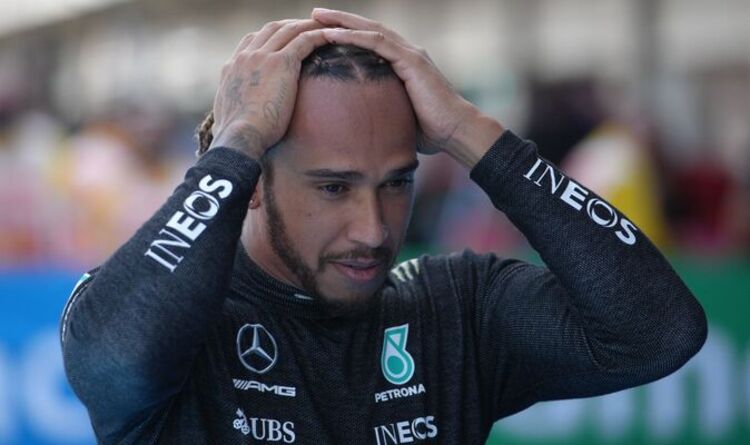 A year in F1 feels like a lifetime – especially after last season – but Lewis Hamilton needs only to look back on his comments from the start of 2021 to help him move forward. The British racing superstar was on course for a record-breaking eighth World Championship last year after an intense battle with Max Verstappen.

The title looked to be wrapped up with a few laps left of the season finale in Abu Dhabi, only for a controversial decision by Michael Masi under the Safety Car period to scupper his chances.

Verstappen eventually made his move with just a few corners of the race remaining, leaving Hamilton and Mercedes heartbroken and angry.

Hamilton took on a self-imposed social media silence which lasted for 56 days with speculation rife throughout that time that he may walk away from the sport.

Toto Wolff admitted back in January that there were no guarantees Hamilton would return.

But since breaking his silence on social media earlier this month, it appears as though Hamilton is ready to go again for the 2022 campaign.

Getting over what happened at the Yas Marina Circuit will be Hamilton’s biggest challenge for the new season.

He’s faced adversity plenty of times in his career and can draw on those experiences to help him.

But judging on comments made by Hamilton little over a year ago, he already has the answer to helping him re-focus.

Speaking at the launch of Mercedes’ W12 last year, Hamilton was regularly asked about the prospect of winning a record-breaking eighth world title.

And while admitting it is “the ultimate dream”, Hamilton said that won’t determine his future in the sport.

“I got into racing because I loved racing and that’s got to always be at the core of what I do,” he said.

“I think it’s more when I put that helmet on I still have that smile when I leave the garage. It’s going back to, do you enjoy it?

“Last year was a really tough year for everyone, including me, but I think there were some really impactful moments.”

Hamilton is set to be a part of Mercedes’ car launch on Friday where the new-look W13 will be unveiled.

And Mercedes have hinted that they will return to their usual silver livery this season.