Home » Israel Adesanya: ‘I’ve beaten everyone with the old blueprint – I want to refresh my art’
latest news 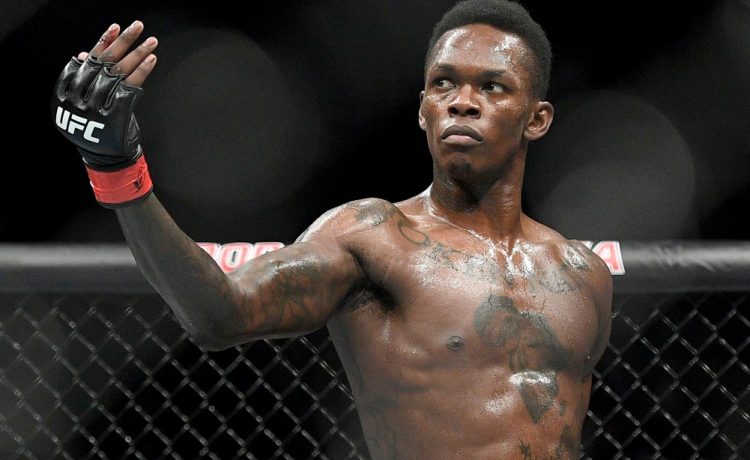 Never in UFC history have as many fans gathered for a fight night as on 5 October 2019, when more than 57,000 packed out the Marvel Stadium in Melbourne. One narrative thread running through the main event of UFC 243 was familiar to many sporting fans, with Whittaker in one corner representing Australia, and Nigerian-born Adesanya standing across the Octagon representing New Zealand.

Whittaker was in fact born in Auckland, an element that tangled the thread somewhat and led the “Reaper” to recently admit that he was confused and disheartened by so many New Zealanders rooting against him. Whittaker has also conceded that burnout and pressure were ingredients in the cocktail of mental hinderances that left him appearing out of sorts and fighting out of character on that autumn evening, when Adesanya picked the 31-year-old apart to take his title with a second-round TKO victory.

“I haven’t heard too much about it, but yeah, good on him for being open and vulnerable,” Adesanya tells The Independent, in a rare moment of empathy for his rival, whom he has mocked for the best part of three years.

“That’s what makes you strong: being vulnerable,” Adesanya continues. “I know this because I do this all the time, I’m super vulnerable with my emotions – on-camera, off-camera.

“So yeah, good on him for bringing that to the forefront. It’s the first step, I guess, in getting over it or learning how to deal with it and manage it.

“Accepting it and sharing it kind of gives other people permission to do the same.”

Regardless of Whittaker’s performance in the pair’s first meeting, Adesanya produced a faultless showing to the delight and dismay of different sections of the Melbourne crowd. The win was the “Last Stylebender”’s 18th in a row, keeping him undefeated at the time and marking a coronation atop the 185lbs division that many pundits believed was an inevitability in Adesanya’s career.

The former kickboxer, appreciated by many fans due to his versatile, sharp striking game but aggravating to others with his equally sharp tongue, has since retained the UFC middleweight title three times – largely untroubled in decision wins against Yoel Romero and Marvin Vettori, and at his best in a stoppage win against Paulo Costa.

The victory over Vettori came in Adesanya’s most recent outing, in June, and marked the second time that “Stylebender” has outpointed the Italian. Now, Adesanya (21-1) is set for a second straight rematch, as he takes on Whittaker (23-5) again in the main event of UFC 271 on 12 February.

If Adesanya is to win, he could even contest a third consecutive rematch, with former foe Derek Brunson closing in on a title shot. Still, the champion insists that no boredom or complacency is creeping in, nor is he tempted by a return to light heavyweight – where he suffered his first professional loss in MMA last year, while challenging then-title holder Jan Blachowicz.

“Lapping the division again motivates me, so when I do that they’re just like: ‘F***,’” Adesanya says.

Prior to finishing Whittaker in the second round of their first clash, Adesanya knocked down his opponent on the buzzer at the end of the first round, leading him to repeatedly suggest that he knocked out the former champion twice that night.

Even so: “I never get complacent, this makes me even more fired up; it’s just another easy bag, so I can’t afford to fumble this bag.

“But if he wants to copy someone else’s work, try, because it worked well for him last time…” Adesanya adds slyly.

As much fun as the 32-year-old takes in ribbing Whittaker, the champion’s coach Eugene Bareman seemingly gets even more joy out of trolling the Australian’s fans.

Bareman had long suggested that Whittaker was not worthy of a rematch with Adesanya, despite the “Reaper”’s impressive three-fight win streak against elite opponents since dropping the title.

“Eugene likes to troll with all these f*****g fans, so it’s fun to watch,” Adesanya says.

“He literally goes in the gym group chat… Someone will send him a screenshot of a comment and he’ll go like: ‘Watch this.’ Then he’ll go on some interview and start to troll the fans because he enjoys it, and it’s fun for us, the anarchy.

“He loves watching them squirm, like: ‘Ooh, Whittaker, [pretends to cry].’”

Between the moments of levity, however, Adesanya and Bareman are hard at work on improving “Stylebender”’s already considerable skillset.

When asked what he has been honing ahead of UFC 271, Adesanya jokes: “Wouldn’t you like to know?

“I’m just having fun learning. I’ve always been that kid when I came in this game where people used to say, ‘He’s special, he’s special,’ a lot about me.

“I kind of shunned it, I shied away from it, even though I learned very fast and was able to learn something today and apply it tomorrow. I’m just tapping back into that and accepting it. I am that guy, I am that kid who has that gift to replicate what he sees really quickly.

“I have the blueprint and I’ve been beating everyone with my old blueprint, but this is art, this game. Personally it’s… Last year was a bit boring for me, so I want to refresh my art. I’m doing just that.”

In their first meeting, Whittaker’s face was the canvas, Adesanya’s fist was the brush, and the Australian’s blood rounded out the analogy.

At UFC 271, Adesanya will seek to produce another masterpiece.