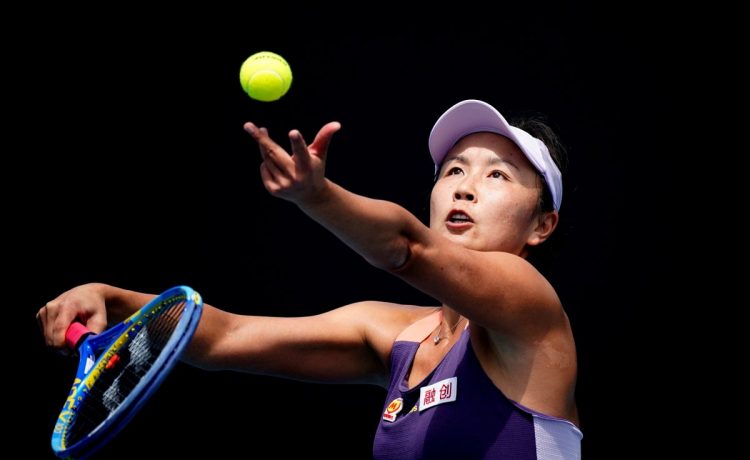 The International Olympic Committee have revealed they have held a second video call with Chinese tennis player Peng Shuai amid ongoing concern for her wellbeing.

There has been widespread concern after Peng, a former world doubles No 1, disappeared from public view in the wake of accusing a top Chinese official of sexual assault.

IOC president Thomas Bach held a 30-minute call with Peng in November, where he indicated she had told him she was “safe and well”, although the encounter was criticised for not providing more evidence that she was speaking of her own free will.

On Thursday, the governing body revealed a second call has taken place with a “personal meeting” planned for January.

“We share the same concern as many other people and organisations about the wellbeing and safety of Peng Shuai,” a statement read. “This is why, just yesterday, an IOC team held another video call with her. We have offered her wide-ranging support, will stay in regular touch with her, and have already agreed on a personal meeting in January.

“There are different ways to achieve her wellbeing and safety. We have taken a very human and person-centred approach to her situation. Since she is a three-time Olympian, the IOC is addressing these concerns directly with Chinese sports organisations.

“We are using ‘quiet diplomacy’, which, given the circumstances and based on the experience of governments and other organisations, is indicated to be the most promising way to proceed effectively in such humanitarian matters.

“The IOC’s efforts led to a half-hour video conference with Peng Shuai on 21 November, during which she explained her situation and appeared to be safe and well, given the difficult situation she is in.

“This was reconfirmed in yesterday’s call. Our human and person-centred approach means that we continue to be concerned about her personal situation and will continue to support her.”

News of the call comes a day after the Women’s Tennis Association confirmed they had suspended all tournaments in China in the wake of the ongoing situation.

Chief executive Steve Simon revealed fears for the safety of players and staff on suspending events in China – in a move that could have repercussions for the 2022 Beijing Winter Olympics and Paralympics.

“While we now know where Peng is, I have serious doubts that she is free, safe and not subject to censorship, coercion and intimidation,” said Simon.

“The WTA has been clear on what is needed here, and we repeat our call for a full and transparent investigation – without censorship – into Peng Shuai’s sexual assault accusation.

“None of this is acceptable nor can it become acceptable. If powerful people can suppress the voices of women and sweep allegations of sexual assault under the rug, then the basis on which the WTA was founded – equality for women – would suffer an immense setback. I will not and cannot let that happen to the WTA and its players.

“As a result, and with the full support of the WTA board of directors, I am announcing the immediate suspension of all WTA tournaments in China, including Hong Kong.”

Peng’s situation has prompted a rare show of unity within tennis, and attention will now focus on whether the ATP and the International Tennis Federation – which runs tournaments at the lower levels of the game – will follow the WTA’s lead.

Men’s world No 1 Novak Djokovic backed the suspension, saying: “I support fully WTA’s stance because we don’t have enough information about Peng Shuai and her wellbeing, and her health is of the utmost importance for the tennis community.

“We don’t have enough information, and I think it’s a very bold, very courageous stance from WTA.”