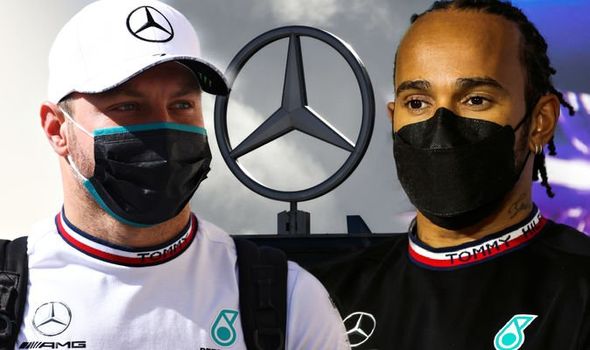 Mercedes never looked into the possibility of resigning Valtteri Bottas from Alfa Romeo for a year despite fears that Lewis Hamilton could call time on his Formula One career before the 2022 season, according to reports. Mercedes team principal Toto Wolff sparked speculation that Hamilton could retire from the sport shortly after the Abu Dhabi Grand Prix, declaring that his driver’s return next year was not a foregone conclusion.

Admitting that it’s “not possible” for himself or Hamilton to ever “get over” the events of the race and admitting they’re both “disillusioned” with the final outcome, Wolff said: “I very much hope that Lewis continues racing because he’s the greatest driver of all time.

“We will be working through the events over the next weeks and months and I think that as a racer, his heart will say: ‘I need to continue’, because he is at the peak of his game.

“But we have to overcome the pain that was caused upon him on Sunday, also because he is a man with clear values and it is difficult for him to understand how that happened.

“I just have to do the utmost that I can to help him overcome this, in order for him to return strong and with a love of the sport and trust in the decision-making of the sport next year.”

Despite withdrawing an appeal into race director Michael Masi’s management of the race, Mercedes and Hamilton remain disappointed at how Masi allowed cars between Hamilton and Red Bull’s Max Verstappen to unlap themselves while not allowing those behind the Dutchman to also do so.

That gave Verstappen, on newer tyres, the advantage over the Briton in the last-lap dash to the finish and he overtook Hamilton to reach the chequered flag first and clinch his first Drivers’ Championship.

After Wolff’s comments, there were suggestions that should Hamilton communicate a decision to quit F1 despite having two years left on his current contract, Mercedes could look to bring Bottas back to the team.

The Finn has been the seven-time world champion’s partner for the past five years and racked up 10 wins and 58 podiums as well as 19 pole positions and 18 fastest laps while with the team.

But for 2022 he has left the Brackley-based outfit to join Alfa Romeo with Mercedes having opted to promote their junior driver George Russell from Williams, where he has spent the past three years.

The Italian branch of Motorsport.com claim that Mercedes however never took the idea of a short-term return for Bottas, if Hamilton retired, into consideration.

They claim that any such attempt to bring the 32-year-old back to the Silver Arrows would not have gone down well with Alfa Romeo’s team principal Frederic Vasseur or Sauber, whom the team have a multi-year technical and commercial partnership with.

Alfa Romeo are delighted to have brought a driver of Bottas’ calibre to the team and he will partner Chinese newcomer Guanyu Zhou with Kimi Raikkonen having retired and Antonio Giovinazzi having been let go.

Bottas has claimed several times that signing one-year contract extensions with Mercedes impacted his success for the team and that multi-year deals would have allowed him to perform more consistently without the pressure over his long-term future.

But Wolff recently responded: “I think Valtteri has been in a pressure cooker since the beginning of his single-seater career. Would a multi-year contract have been better?

“With hindsight, you can always have a different opinion. I still think he’s a great guy and a fast driver. But I also think spending years with Lewis can put a lot of pressure on him.

“The sheer speed is there and when the sheer speed kicks in with Valtteri, nobody can beat him. Look at Turkey. But sometimes there are oscillations and I wonder if it’s due to pressure or anything else.

“Maybe it’s the consequence of having Lewis Hamilton, a seven-time world champion, as a team-mate. There is nobody else in the 100-win club, he is the only one.”

With Hamilton and Russell as Mercedes’ new-look driver line-up, the 2022 F1 season will get underway at the Bahrain Grand Prix from March 18-20.

The Constructors’ Championship winners launched their 2021 challenger, the W12, at the start of March and will likely unveil their W13 in late February or early March next year.