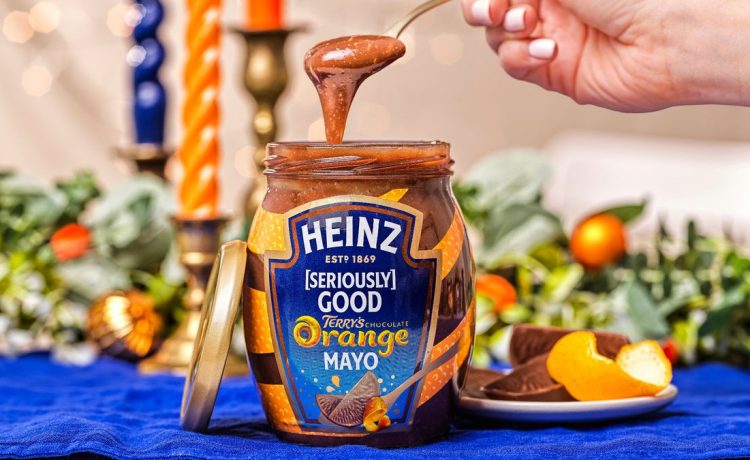 Heinz has launched a new product that is set to divide the nation. They teamed up with Terry’s Chocolate Orange to create a festive pairing like no other.

Mayo and chocolate lovers can enjoy this spread on toast, croissants, brioches, crumpets – or by the spoonful.

“You open the jar and are instantly met with a wonderful chocolate orange scent,” the Mirror reported.

While it is a “crackers” product, they believed it is worth sampling.

They added: “The contents are rich and creamy and while the spread may have the texture and shine of mayonnaise, the taste is nothing but chocolate and orange.

Sadly, not everyone gets their hands on this eclectic spread.

Those inquisitive enough to try the new product can head to the Heinz website.

This will run until December 13.

Maria Jantchi, Sauces Senior Brand Manager at Heinz, shared: “Here at Heinz, we are always innovating, and love creating fun new limited-edition products that we know our fans will love. So, this year we set out to create the most Christmassy Mayo that we could think of.”

It is undeniable that this product is the first of its kind.

Heinz was launched in 1932, and this may be their most eccentric adventure yet.

Laure continued: “We have never stopped innovating, growing, and launching new formats and flavours to delight our loyal fans.”

Obviously, the news blew up on social media.

Holland and Barrett tweeted: “And we thought the @weetabix combo was bad.”