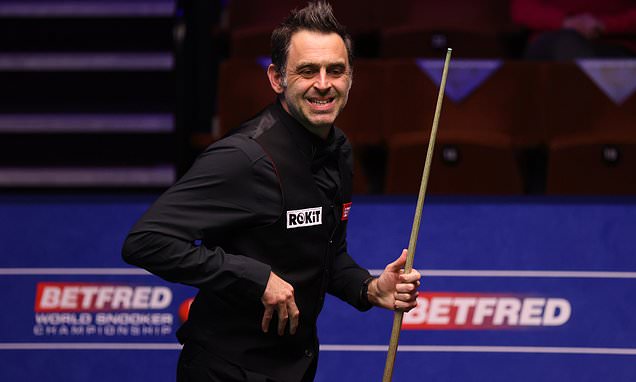 Ronnie O’Sullivan has fired a stern warning to promoters on the World Snooker Tour, after he was thrashed 5-0 by Iranian Hossein Vafei in a German Masters qualifier at the end of last month.

A lacklustre O’Sullivan was blown away by his opponent in just under an hour, and his lack of interest in the match was seen when he smashed his break into the pack of reds in the final frame of the match.

As a result ‘The Rocket’ revealed he is more than fed up of competing in behind-closed-doors qualifiers away from the tournament’s main venue, and sees it as a ‘hassle’ at this point in his career.

He also confirmed he would now not compete in an event qualifier unless promoters are willing to offer a ‘sizeable cheque’.

O’Sullivan said: “I won’t do that again, because it’s a lot of hassle to pack your bags and go just to play one or two games. I won’t do that unless a promoter wants to put a sizeable cheque in the bank account and then I’ll take two days out of my life.

“In future, if that’s the set-up, if a promoter wants me to be in the tournament then he would have to pay for that privilege because I’m not prepared to do that again because time’s too valuable.”

The six-time world champion went on to confirm that this was the first time he had taken part in a qualifying event in ‘five or six years’, and it was in fact the effects of the COVID-19 pandemic that resulted in him making the trip to Germany.

He added: “I haven’t played one of those qualifying matches for five or six years, I can’t remember the last time I played one.

“It was just because it was the pandemic so I thought, ‘sod it I might as well enter everything because there’s no China tournaments on.’ But no I wouldn’t do that again, no.”

O’Sullivan addressed the situation at the English Open, where he defeated David Lilley 4-1 on Monday evening.

He continued that being knocked out in the early stages of his home Open would not be a problem, as he would then carry media commitments out for broadcaster Eurosport throughout the rest of the event.

O’Sullivan commented: “I just can’t justify the effort for the reward, it’s just not worth it. Unless a tournament is played from start to finish… like I said I’m on holidays.

“I’m here all week whether I win or not. If I lose I’m on Eurosport, I’ve got my running sorted, got some nice food, I’m going to have a fantastic week.

“Whereas the qualifiers, you can’t really get into it, rushing about, I felt like a scene out of Planes, Trains and Automobiles the other day. Felt like Steve Martin at the checkout, “Where’s my car?”

The six-time world champion went on to describe his qualifying trip to Germany as a mistake, and one he hopes he does not make again: “You make the odd mistake.