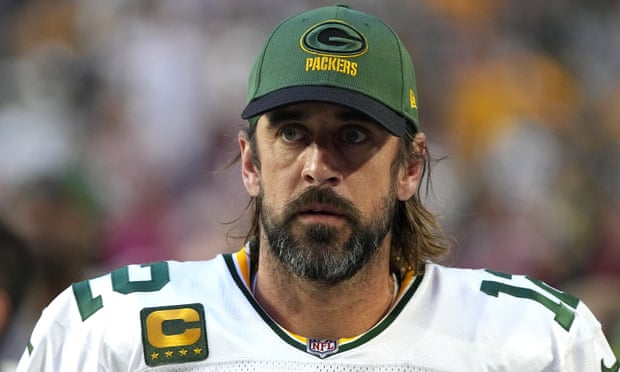 Green Bay Packers quarterback Aaron Rodgers said Friday he sought alternative treatments instead of the NFL-endorsed Covid-19 vaccinations because of an allergy he has to ingredients in two of the FDA-approved shots.

Speaking on SiriusXM’s Pat McAfee Show, Rodgers said: “I’m not an anti-vax, flat-earther. I have an allergy to an ingredient that’s in the mRNA vaccines. I found a long-term immunization protocol to protect myself and I’m very proud of the research that went into that.”

The NFL’s reigning Most Valuable Player, who said that he has taken monoclonal antibodies and ivermectin, went on to criticize the “woke mob” he alleged is out to “cancel” him.

“I believe strongly in bodily autonomy and ability to make choices for your body: Not have to acquiesce to some woke culture or crazed group of individuals who say you have to do something,” Rodgers said. “Health is not a one-size-fits-all for everybody.”

He added: “I consulted with a now good friend of mine Joe Rogan, after he got Covid and I’ve been doing a lot of stuff that he recommended.

Rodgers, who has been tested daily as part of NFL protocols for the unvaccinated, came up positive for the coronavirus on Wednesday. He said he didn’t feel well on Thursday but was much better on Friday.

He can’t rejoin the Packers for 10 days, missing Sunday’s game at Kansas City. Rodgers must have a negative test to return to the team on 13 November.

Rodgers told McAfee he has concerns about potential fertility issues had he taken one of the vaccinations.

He continued: “What about ‘My body, my choice?’ What about making the best decision for my circumstance? This idea that it’s the pandemic of the unvaccinated, it’s just a total lie.”

In July, three doctors who specialize in reproductive health vouched for the safety of vaccinations for couples who want to have a baby and urged people to seek out their doctors or nurse practitioners with any questions.