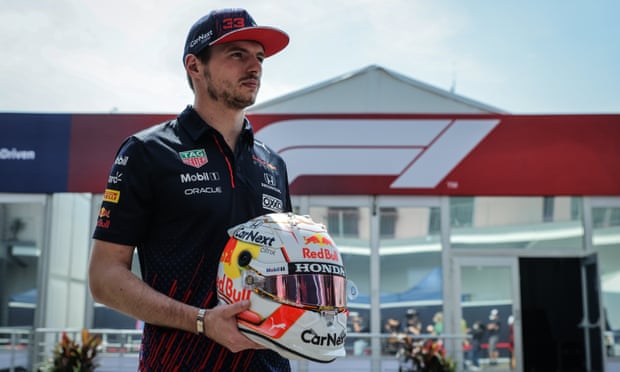 Max Verstappen has dismissed any suggestion he will crumble under the pressure of competing for his first Formula One world championship. The Red Bull driver goes into this weekend’s Mexican Grand Prix with a slender lead over Lewis Hamilton who had pointedly noted that the Dutchman’s inexperience could be a factor in deciding the title.

Verstappen leads Hamilton by 12 points with five races remaining. Hamilton is attempting to take his eighth F1 title at 36 having scored his first in 2008, but the 24-year-old Verstappen is at the sharp end of an F1 championship for the first time in his career.

The two drivers have been embroiled in a nip-and-tuck contest all season and the intensity is ramping up with the season run-in. Speaking at the Autódromo Hermanos Rodríguez, Hamilton referenced his rival’s inexperience.

“I know Max has not won a championship in a long, long time,” he said. “I know what it’s like going for your first championship, and I know the pressures that come with that.”

Verstappen, in his seventh season in F1 and challenging with a genuinely competitive car, brushed off the world champion’s remarks with a casual nonchalance that reflects the confidence he is feeling.

“I like what I’m doing, so that takes the pressure off,” he said. “It’s not the first time I’ve been in a championship fight. Yes, the first time in F1 but not in my life so that doesn’t really change because you need to win, and that’s what I’ve been doing in the past, so I need to strive to do the same here.”

This weekend’s race could prove crucial in the championship battle. Both drivers have two wins apiece here since the race returned to the calendar in 2015 but in the past the circuit has played to Red Bull’s strengths. Verstappen’s wins in 2017 and 2018 came when Mercedes had a superior car across the season. The altitude of Mexico City and the thin air works in favour of Red Bull’s Honda turbo-charger and in minimising the drag of their car’s high-rake design.

Verstappen won at the last round in Austin, a race where Mercedes have previously dominated. One hundred and thirty points remain on the table but should Verstappen draw further away from Hamilton this weekend the world champion will face a huge task in the remaining four races, including two in the next two weeks at Brazil and Qatar.