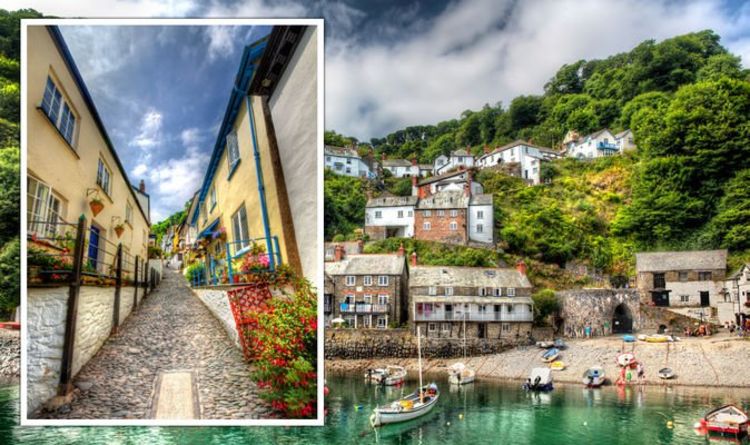 CNN has named Europe’s most beautiful towns and one UK spot made the list. In good company with small towns in Spain, Portugal, Greece, Italy and France, Clovelly captured the imagination of CNN and was named one of the “prettiest small towns across Europe”.

The North Devon village of Clovelly was labelled “cute” by the American publisher.

Clovelly donkeys and sledges were singled out, proving the incredibly steep streets of the village are one of its main attractions.

Clovelly is used to being named one of the prettiest places in the country, being the third most trending UK travel destination on Airbnb and having been named Britain’s most Instagrammable village 2020.

The village was once owned by William the Conqueror and has been in private ownerships for centuries.

D.D wrote: “We visit Clovelly village every year. It’s quaint, picturesque and has a unique charm.

“The pebbled beach and waterfall are also worth a stroll.”

Sally said: “I visited Clovelly in the mid 1970s and it is as beautiful as I remember.

“The narrow cobbled streets and quirky cottages looking out over the harbour are unforgettable and the villagers are so friendly.

“I was fortunate enough to stay at the New Inn so could enjoy the beauty of the village at sunrise – quite magical.”

The CNN list of prettiest small towns in Europe is the perfect place to get inspiration for a holiday off the beaten path.

The walled town is located by the Tuscan-Umbrian border and has a warren of pedestrianised alleyways lined by grand palazzi.

A Venetian castle and the Aegean sea make the first capital of modern Greece a fantastic holiday destination.

Another Italian town, Mazara del Vallo in Sicily, was singled out for its melting pot of culture.

With 3,000 years of history, the town has been influenced by everyone from the Phoenicians who founded it to the strong Tunisian community now living there.

Locals say this is the birthplace of Marco Polo, a highly contested claim, but one that may add an aura of adventure to the town.

Korčula is located on a peninsula and has many remnants from its time under Venetian rule.

A Spanish town that made the list, Regencos is 10 minutes inland from the Costa Brava, south of the Dali Triangle.

The town was noted for its remnants of medieval walls, pretty church and traditional stone houses.