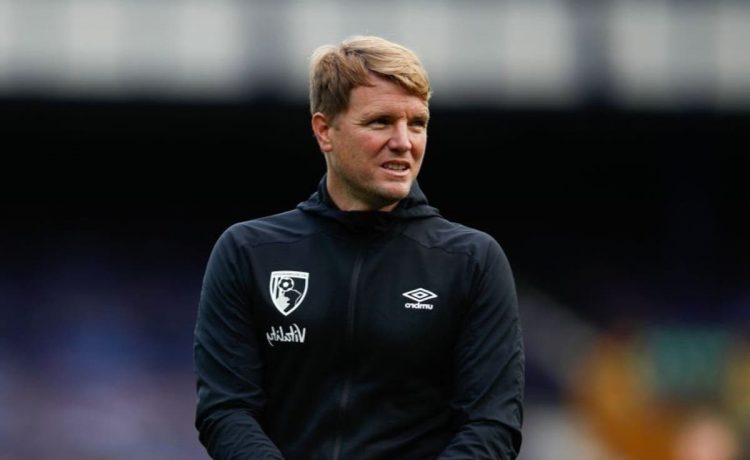 The celebrated basketball coach John Wooden would say “failure isn’t fatal” but if he worked in modern football, he’d concede that it is the portrait shot most choose of you.

Eddie Howe took charge of Bournemouth when they sat 91st of 92 clubs in England and couldn’t afford to pay players, the rent, or for electricity.

He lifted them from the “edge of the abyss” to the Premier League, staying for five years against convention before suffering relegation.

Annoyingly and undeservedly, it is those last two words that stick. You probably also know that in-between his miracle-making at Bournemouth, Howe “failed” at Burnley.

Perhaps you weren’t aware that during his spell at Turf Moor, 260 miles away from home and living in Manchester at the time, his mum Anne suddenly passed away in March 2012 after a short illness.

“I knew my family needed me and the team needed their manager. A team is used to seeing the manager every day in training and being there for games, and suddenly, I didn’t know what to do anymore. There’s no manual for how you deal with everything.

“I didn’t know how to handle the situation, because I felt I probably needed to be somewhere else – at home – and so I wasn’t emotionally ok.

“People look at a manager as though they’re bulletproof, as though they’re superhuman in a way and can just carry on regardless of what happens. But we’re all human, we all have things going in life that makes it quite difficult for us at times too.”

So then, the two blots on Howe’s managerial CV aren’t even a smudge in context. Wait, but what about his shambolic transfer mistakes? Again, we carpet the successes – £4m spent combined on Ryan Fraser and Callum Wilson – to chorus about the £15m shelled out on Jordon Ibe.

Failure isn’t fatal, but it is the portrait shot most choose of you.

Howe is on the verge of becoming Newcastle United manager – the first under a new, Saudi-funded era – and is a worthy candidate given his credentials.

And yet, this all feels off. First: Unai Emery would’ve been in charge against Brighton had the club not horrendously botched the process of hiring him.

Newcastle had briefed, ahead of Villarreal’s home Champions League win against Young Boys, that the deal was effectively done. They would pay the Spanish side £6m in compensation to extract Emery’s services and the man with four Europa League titles and a Ligue 1 crown would christen their brave new world.

The timing was distasteful, considerably annoying Villarreal given there was no formal approach and their president, Fernando Roig, had to field questions about this ‘concrete development’ ahead of a crucial game and when no formalities were carried out.

Emery was spooked by the lack of professionalism and his concerns over Newcastle’s strategy – present when he found out the much contrasting Howe was the other candidate for the job – intensified.

The club had huge ambition, but a hazy vision and no director of football nor chief executive. Emery committed to Villarreal and Howe was back in play.

The 43-year-old, who has taken over a year out of the game and has been so careful in considering his next move, must feel uneasy by the above.

The closest Howe had come to returning to football since leaving Bournemouth was taking over at Celtic. Talks broke down in May after an attack on their former chief executive, Peter Lawwell, who had three of his cars deliberately set alight forcing him and his family to flee their home.

Perhaps Howe feels he has been away from the dugout for too long, or that the perfect job – in his ideal location near the south coast as to not uproot his wife and children – is fantasy football.

Newcastle, second-bottom in the league, offers quite the challenge which he has never shied away from: this is a man who had to fight to guard Bournemouth’s existence as a club, let alone points at the foot of the table. There will be accusations that Howe is not pragmatic enough for the predicament he will enter, but that ignores the fact that his early career was conditioned by doing anything necessary to survive.

The problem is the expectations of managing the richest club in the world, within the context of their current situation, while the owners and a large swathe of supporters are already dreaming about Manchester City-type dominance, which is near impossible to replicate now.

He was not what Newcastle truly wanted now and definitely will not be the guy they view as their transformative Pep Guardiola in the near future.

The question then is not really whether Eddie Howe is right for Newcastle, but whether they are right for him.