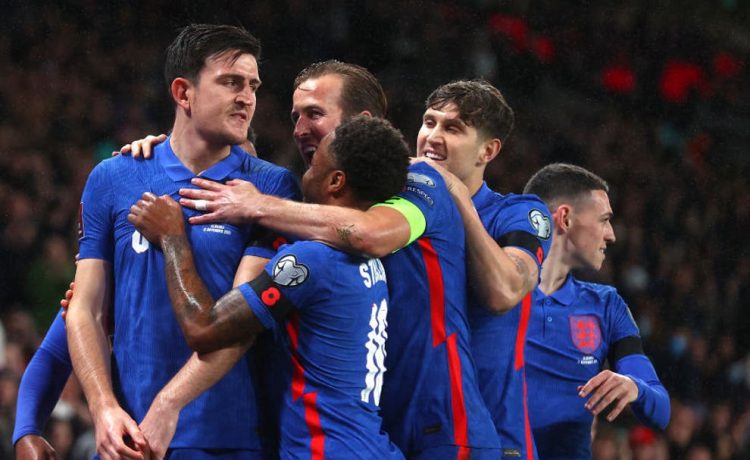 Gareth Southgate didn’t intend it like this, but it perhaps sums up Harry Maguire’s celebration after scoring in the 5-0 win over Albania that the natural inclination afterwards was to make light.

Maguire no doubt felt a sense of release and even vindication after his goal. It was a moment of clarity after so much strife, but the response still left many bemused. You didn’t have to go to Roy Keane’s level of rancour to just wonder who exactly he was cupping his ears at, even if one of them might be the former Manchester United midfielder himself.

Maguire has come out recently and admitted performances haven’t been good enough, going so far as to issue one of those contentious social-media apologies. The wider point of that is that he clearly accepts some of the criticism was reasonable.

Maybe it’s not worth reading that much into. It might just be the understandable response of a player under serious pressure lately.

The issue is that it feels like it has backfired, and only served to increase the focus on him. One of English football’s most high profile figures wouldn’t have been on television calling him “a disgrace” had he not.

Such a description isn’t the only thing that feels unfair on Maguire.

The truth that is worth remembering is that recent form isn’t a true reflection of his quality. It is a slump, but it is not out of nothing either.

It is impossible to disconnect it from United’s wider decline under Ole Gunnar Solskjaer. With the team tactically broken, and specifically missing protection in midfield, the pressure on that defence is only increasing. It has created a negative spiral, that is only going to exacerbate what would have been an inevitable drop-off after a summer as emotionally intense as a Euro 2020 like that. United are a team going through a slump. It is inevitable one of their senior figures will, too.

Moments like his celebration lead many to question Maguire in that role, especially when set against a personality like Keane.

But that’s almost one of the issues, too. It sometimes feels that, purely because he is a physically imposing centre-half, Maguire is thrust into a “lionheart” role his character isn’t necessarily suited to. He isn’t exactly a John Terry, either, in personality or quality.

That shouldn’t be to malign him either.

Maguire does show leadership in different ways, as Southgate was keen to point out. The England manager described his conscientiousness, as well as his refusal to “hide” in the treatment room, in being willing to get back as soon as possible to help his team.

“He’s a fantastic player. He’s rushed back because he’s got a huge conscience to help his club. Some players hide in the treatment room. He doesn’t. I have huge respect for that.”

There are admittedly some elements to question in such comments, too. The game is supposed to be past the point when playing when not fully fit is seen as admirable.

But the wider point is that Southgate’s assessment that Maguire is selfless is something that certainly is fair. He is a good leader in that regard. This isn’t his finest form, and such a celebration after a goal against Albania might not be his best moment, but it’s worth remembering he’s a better player than this.

The summer proved it. His manager knows it.