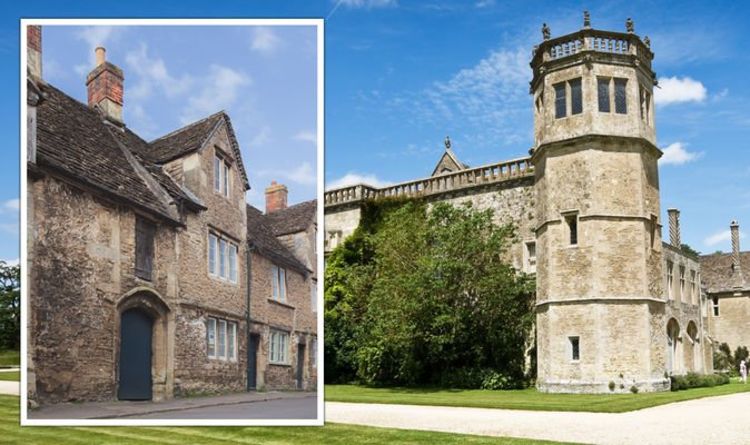 A historic village in Wiltshire has been named as one of the prettiest in the country. With its historic building, the village is a favourite for film and TV crews looking for the quintessentially English village.

Lacock has been featured in Downton Abbey, BBC’s Pride and Prejudice and Cranford, as well as Harry Potter and the Half-Blood Prince and Wolfman.

The village is widely considered to be the birthplace of photography, and many visitors will no doubt want to honour this heritage by taking as many pictures as possible of its historic buildings.

Quaint stone cottages line the streets of Lacock and the village has not changed much in the past 200 years.

The entire village is in National Trust hands and has been preserved and unchanged for two centuries.

One of the main attractions of Lacock is its Abbey.

Lacock Abbey was founded in the 13th century and was converted into a country house in the 16th century.

Holidaymakers can visit the Abbey and see its medieval cloisters, Gothic Hall and incredibly furnished rooms.

Visitors can also explore the woodland grounds and the gardens.

There have been gardens here for 900 years and today’s visitors can see the botanic garden, woodland garden, rose garden or the orchard.

On Tripadvisor, Michael C said: “A really fascinating house. One moment you are looking at a medieval abbey and then you go upstairs and find yourself in an early 20th century bedroom. The contrast is amazing.”

Jackier said: “This was so much more than I expected. The house was stunning and the volunteers inside were very helpful.

“I didn’t know Harry potter was filmed here so that was a lovely surprise.”

“The cloister is a ‘must see’ part of the visit but all the building is beautifully presented.

“You not only have the Abbey but the village itself which has featured in many films and television productions, Cranford springs to mind.

“Give yourself plenty of time, there is a lot to see and enjoy.”

On the grounds of the Abbey is the Fox Talbot Museum.

History lovers who want to feel truly transported into the past should stop at 2 High Street.

The shop window was arranged by the last resident of the address to look like an early 20th century display and the window hasn’t been touched since.

Often on screens, the 14th century St Cyriac’s Church is also worth a look.

Michael C wrote: “This is a really fascinating church with lots of interesting memorials, many associated with the early inhabitants of the Abbey. Well worth a visit if you are interested in church architecture.”