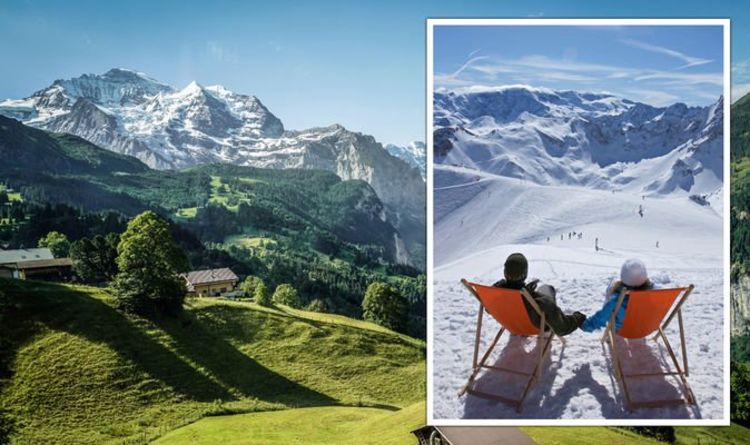 There are fewer opportunities for British workers overseas. And the outbound travel industry is at risk, travel industry leaders told the UK Trade and Business Commission today.

One company which previously hired 95 percent of its employees from the UK to staff bars, restaurants and hotels in French resorts has said it’s been “more risky, more costly and more time consuming” to do so post Brexit.

Job cuts for Britons who want to go to Europe for seasonal work was found to only be one side of the problem.

With increased costs, the pressure is put on holiday prices.

Data site Statista recorded an increase in operating costs for holiday providers being passed on to holidaymakers.

So even Britons who have no intention of working overseas will feel the effect of the reduction of British workers in Europe.

Going on holiday in Europe is extremely popular all year round, with ski resorts one of Britons’ favourite destinations in winter.

The price of going on a winter holiday overseas, whether for some sun or some snow, is set to increase.

The UK travel industry has been badly hit by the pandemic, and now it’s facing another problem.

Not only are the price of holidays in Europe increasing due to the cost of hiring UK workers, it will also hurt the travel industry in the UK.

Loss of competitiveness and market share were mentioned, as well as a skill’s drain for the industry.

Many seasonal workers would come back to the UK with the skills, training and experience they gained in European resorts, adding value to the UK travel industry in the country.

The loss of opportunities for Britons overseas was clear.

In France, 75 percent of the jobs that would have gone to Britons are now being filled by EU workers.

It’s even worst in Austria, where there’s been a fall of 95 percent for jobs going to British seasonal workers.

European Pubs Limited, which operates in French resorts has seen a “substantial” drop in the number of British workers they employ.

The company previously hired 95 percent of its staff from the UK.

Charles Owen, Managing Director of European Pubs Limited and Director of Seasonal Business in Travel, said: “When people talk about labour shortages they usually think about empty shelves in the UK.

“But the outbound tourist industry has been severely impacted by these new barriers to hiring UK workers in European resorts, and this could lead to less choice and higher costs for UK holidaymakers.

“Not only will this dent our GDP, but it severely reduces opportunities for young people, for employment, experience and skills training.”

Today’s UK Trade and Business Commission was chaired by MP Paul Blomfield, who said: “While the government is falling over itself to offer emergency visas to address domestic labour shortages created by their Brexit deal, they are neglecting the interests of British workers who want to take up jobs in other European countries.

“An estimated 25,000 British workers used to work across the EU each year.”