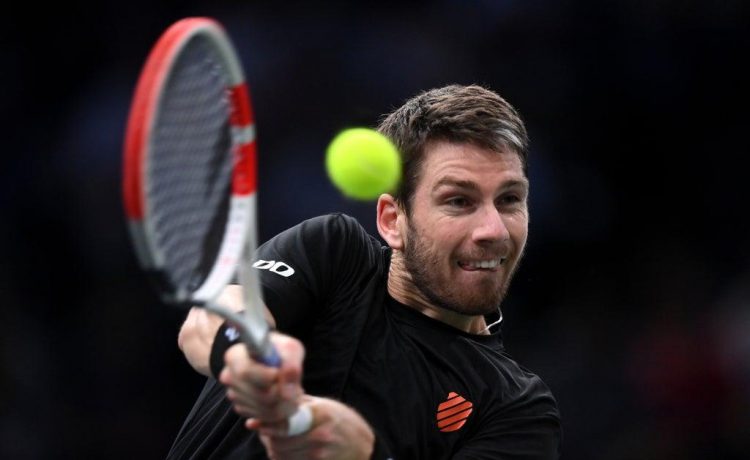 British number one Cameron Norrie’s hopes of qualifying for this month’s ATP Finals came to an end as Hubert Hurkacz secured the final spot on Friday.

Hurkacz’s place at the season-ending event in Turin was sealed with a 6-2 6-7 (4) 7-5 victory over James Duckworth in the Paris Masters quarter-finals.

That set up a last-four meeting with Novak Djokovic who saw off Taylor Fritz – Norrie’s conqueror in the previous round – in straight sets.

Hurkacz said in quotes on the ATP’s official Twitter feed: “It feels incredible… going to Turin is a dream. Growing up as a kid, seeing all those top guys playing in the finals, it’s inspiring. Now being among them, it’s very special.”

Djokovic beat Fritz 6-4 6-3, and the world number one was quoted on atptour.com as saying: “I was absent from the tour for two months, coming into this tournament, and the last competitive match I played was in the US Open final, compared to the other guys playing one or two events prior to Paris.

“I knew that I needed to start well, with good intensity and put in a lot of hours on the practice court. But it’s different when you play points in a competitive match.

“I am pleased with the way I played against (Marton) Fucsovics (in the second round) and today I did have ups and downs.

“I am not really pleased with the way I closed out the sets. I lost my serve to love (at 2-0 up in the first set), then (at) 5-3, again, I served for it with new balls and lost to love again.

“Those kind of things shouldn’t happen, I know that. I backed myself up with good returns and read Taylor’s serve very well to get into rallies. I closed out the last couple of service games well and that’s a positive.”