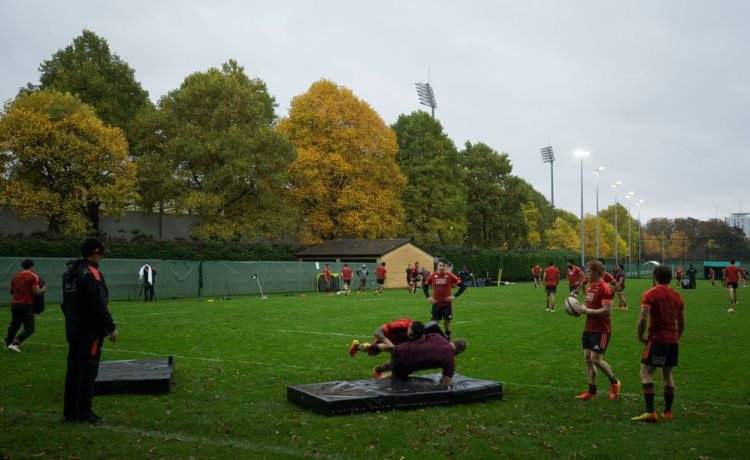 Radical change in rugby union never comes galloping over the horizon. If it ever comes it meanders through multiple committees, many of whom meet for hours on Zoom without recognising the inherent irony. Quick ball is the holy grail for good teams on the pitch but, off it, a static rolling maul of conflicting interests and financial expediency is more common.

Which helps explain why the sport is back scrabbling for fig leaves just when it should be displaying its most photogenic side to the world. Wales against New Zealand in Cardiff used to be one of the game’s most iconic fixtures, notwithstanding the hosts’ inability to beat the All Blacks since 1953. Instead, with the match scheduled outside World Rugby’s formal Test “window” and Wales lacking around 20 players through unavailability, illness or injury, these days it is more about the dosh than the bosh.

Sure, as Wayne Pivac remarked on Thursday, the Welsh Rugby Union badly needs the anticipated £4m revenue and would be “in big trouble financially” without it. Nor are New Zealand circumnavigating the world – they were in Washington DC last week eviscerating the United States 104-14 – purely for the altruistic love of it. Of course the curse of Covid still lurks in the background. But what about the broader picture? Strip major Tests, the game’s primary financial asset, of their meaning and soul and the outlook really is bleak.

There have certainly been an alarming number of grassroots clubs across Wales trying to shift spare tickets this week. Is that because people are nervous about what might unfold? Or is paying top dollar to watch potentially lop-sided contests going out of fashion? Either way, the situation cannot continue if the sport wishes to stride confidently towards a collectively rosier future.

Ditto the club v country tug-of-war that has deprived Australia of three influential players – Quade Cooper, Samu Kerevi and Sean McMahon – because their Japanese employers want them ready for the January start of the new Rugby League One domestic season. It will require the Wallabies to show up at Murrayfield, Twickenham and Cardiff without their best side, even though the fixtures are happening inside the official window. If players from the third-ranked team in the world are too wary of upsetting their clubs to represent their countries, the game has a huge problem.

The good news? At long last there is more urgency to the inter-hemisphere Zoom calls. Having been very publicly ditched back in 2019, the concept of a biennial Nations Championship is alive again, the aim being to breath fresh life into the traditional July and November international schedules. The Six Nations chief executive, Ben Morel, made no secret this week of his preference for a tournament with a “final” that would be more attractive to floating voters. “I do think some sort of a final is always exciting and I think that’s what the fans would want to see.”

World Rugby confirms more detailed talks will happen towards the end of November with any changes, taking effect from 2024 onwards, to be ratified at their Council meeting in May.

Morel also insists the Six Nations feels unthreatened by the concept – “We see this as a perfect complement” – though several different models remain up for debate. Some would require a slight extension to the existing window, tricky given the way domestic seasons have expanded to fill all the calendar’s spare nooks and crannies. Significant compensation – or other major concessions – for affected leagues would clearly be required.

The broadcasting sums, too, will have to add up but a more streamlined north v south narrative, as Morel says, would generate widespread appeal without removing the lustre from the four-yearly Rugby World Cup. So why not pit the top six sides from the north in the world rankings – it is worth mentioning at this point that Georgia currently sit ahead of Italy – directly against the south’s best half dozen, with three games in July and three in November? England and France, say, could go south and play New Zealand, Australia and Fiji initially before hosting South Africa, Japan and Argentina up north. Wales, Ireland and Scotland would do the opposite, with the formula neatly reversing in 2026. It would produce a simple-to-understand table and, given an additional weekend, the whole thing would culminate in a high-profile final with a prestigious trophy – let’s call it the Jonah Lomu Cup – and more interest.

Critically, there would also be a key extra component, because there is no room for another old boys’ club like the Six Nations. Relegation play-offs would be enshrined between the bottom-placed side in both hemispheres and the respective north and south winners of the supporting competition – let’s call it the Siya Kolisi Trophy – involving the sides ranked 13-24 in the world.

Naturally, there are other possible models and much will rest on player welfare being properly protected. In some cases a number of competing sides might be hosted in the same country to reduce travel, carbon footprints and costs. A communal hub might even be more fun, helping to engender a little more old-school shared touring spirit as opposed to the business trip with studs that modern tours risk becoming.

From the perspective of recent players, such as the outstanding Springboks winger Bryan Habana, the benefits from tidying up and unifying the windows also seem clear. “I think it would be great and that’s the talk going around,” said Habana this week. “Not to create a World Cup every year but [to encourage] a lot more competitiveness. If player welfare does afford it I think it would be great to see a final of sorts.”

So we wait. Let us first enjoy this autumn and be endlessly thankful for the reappearance of fans in stadiums. Can England reinvent themselves? Are New Zealand the real deal again? What next from Rassie Erasmus? But as the collapsed scrums are being reset and the water-carriers babble into their microphones, shift your gaze momentarily to the horizon. Imagine how glorious autumn could become if rugby ever gets its act together.