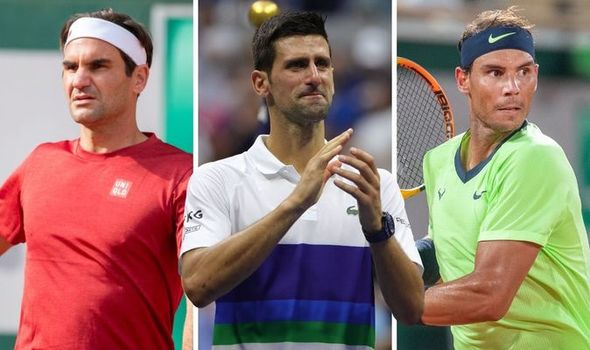 The director of one of tennis’ major tournaments has raised concerns about what will happen to the profile of the sport when the ‘big three’ decide to call time on their careers. Roger Federer, Rafael Nadal and Novak Djokovic have dominated tennis for years, but while the latter appears to be still going strong, the first two are struggling with injuries and in the final stages of their professional careers.

Federer in particular became a global star when he came to the forefront of the game, and remains one of the most recognisable sportspeople on the planet today despite his fading influence on the court.

He is tied on 20 Grand Slam titles with Nadal and Djokovic, with the Serbian winning three of the four available this year and narrowly missing out on the US Open title after defeat to Daniil Medvedev.

The Spaniard Nadal is similarly iconic in the sport, helped by his ‘King of Clay’ moniker referencing his dominance at the French Open – a competition he has won a record 13 times.

But the director of that tournament, retired French professional Guy Forget, has expressed his concern for the popularity of the sport once the three biggest names decide to call it a day.

“We grew up with [Bjorn] Borg, [John] McEnroe, and [Jimmy] Connors. It was great what those players brought to the sport, to tennis,” he told Swiss debate programme Infrarouge.

“In France, we had almost two million juniors players, during that time tennis had blown up. And then, we were saying, ‘what’s going to happen once these boys will stop playing?’

“And then after them, we had [Andre] Agassi, [Pete] Sampras and then a small drop. And then Roger arrived, then Rafa and Novak. And we say, ‘better than this, it’s not possible.'”

Forget did go on to offer hope that the size of tennis’ major tournaments would remain popular even after Federer, Nadal and Djokovic are no longer in the draw.

“I believe, the big tournaments like Wimbledon and Roland Garros, which are inevitable events will continue to thrill young players,” he added.

“So there will be a low point when Roger, Rafa, and Novak will stop, but I do hope people will still gather and line up in front of Porte D’Auteuil (Roland Garros) or Wimbledon.”