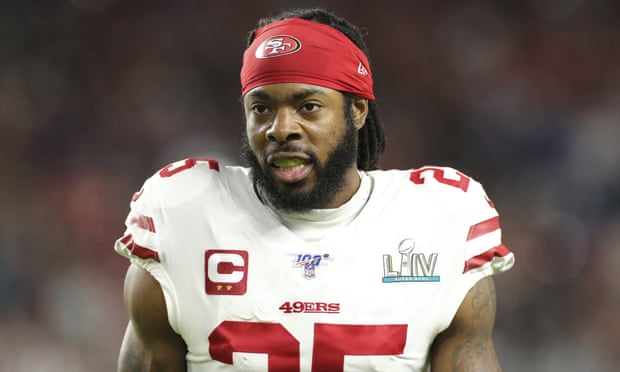 Richard Sherman has signed a one-year deal with the Tampa Bay Buccaneers, who are in dire need of reinforcements in the secondary. He worked out for the Bucs on Tuesday and met with general manager Jason Licht and head coach Bruce Arians.

The five-time All-Pro had been in contact with Arians and quarterback Tom Brady earlier in the month, the coach said. Sherman confirmed those conversations on the Richard Sherman Podcast.

Sherman said a phone call with Brady helped seal the deal. “He’s the all-time great quarterback reaching out, and anytime he makes that call, it’s a very difficult opportunity to pass up,” Sherman said.

The cornerback clashed with Brady early in his career when he posted a photo of himself and the quarterback to social media with the caption “U mad bro?” after he had helped the Seattle Seahawks beat Brady and the New England Patriots.

“We’ve got to see,” Arians said of his prior conversations with Sherman. “Just a matter of I coach the ones we got and let [Licht] handle the rest of that. We’ll kick the tires on some other guys, too. … If it’s the right fit, we’ll move on it.”

Sherman’s former teams – the Seahawks and 49ers – also made contact with Sherman, he said, as did the Carolina Panthers.

Tampa Bay cornerback Sean Murphy-Bunting suffered an injury in Week 1 and was placed on injured reserve with a dislocated elbow. His replacement, Jamel Dean, left last week’s loss to the Rams in the first quarter with a knee injury.

Sherman pleaded not guilty to five misdemeanor charges in mid-July following his arrest for allegedly attempting to break into his in-laws’ house. Sherman was charged with driving under the influence, resisting arrest, endangering roadway workers and two domestic violence counts – second-degree criminal trespass and third-degree malicious mischief. A pre-trial hearing is scheduled for Friday in Washington. Sherman, 33, has been in therapy since the incident, according to NFL Network.