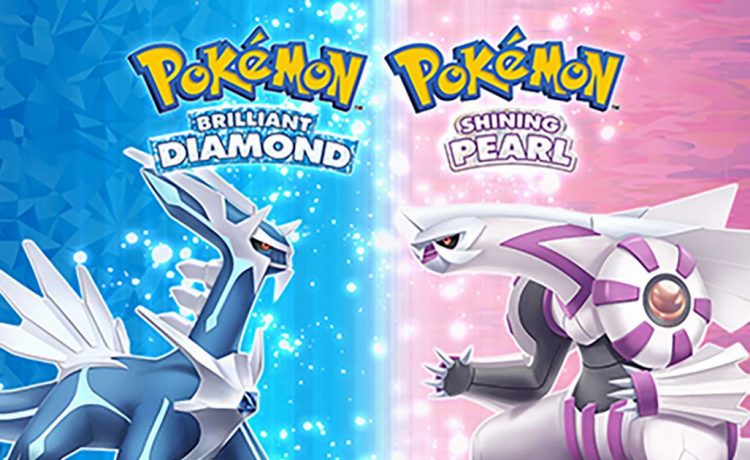 One franchise that has been extremely well served on Nintendo Switch is Pokemon.

The loveable little critters have appeared in RPGs, brawlers, puzzlers and even first-person photography games.

Next up on Switch is Pokemon Brilliant Diamond and Shining Pearl, which are remakes of two classic Nintendo DS games from 2006 – something that makes me feel really old!

Pokemon Brilliant Diamond and Shining Pearl take place in the Sinnoh region, which is split down the middle by the imposing Mount Coronet.

During a recent hands-off preview of the game, Nintendo made it clear that Brilliant Diamond and Shining Pearl stay true to the original game in almost every way.

The story has been faithfully reproduced alongside the general sense of scale and size of the old map.

For new fans, this means you get to experience one of the best Pokemon RPGs the way it was meant to be played.

That’s not to say there isn’t plenty here for returning players, of course, especially if you’re willing to dig a little deeper – quite literally.

You see, Brilliant Diamond and Shining Pearl contain a much expanded ‘Grand Underground’ for players to explore.

Much like in the original games, underground adventurers can play a mining mini-game to unlock various treasures and buffs.

Once again, players will also be able to build secret bases in the Grand Underground that can be decorated with the spoils earned from mining.

Where things differ, however, is that Brilliant Diamond and Shining Pearl feature Pokemon Hideaways, areas that are full of wild Pokemon roaming about in full sight.

Hideaways provide the perfect hunting ground for players to snag some of the game’s rarer Pokemon, and are even home to one or two exclusive Pocket Monsters that can’t be found elsewhere.

What I like about Pokemon Hideaways are that the environments and particular Pokemon you encounter are tied to your secret bases. Specifically, how you decorate said bases.

Pop a load of Electric Pokemon statues in your base, and you’ll encounter more Electric critters when you venture into the Hideaways.

Not only do Hideaways give players even more areas to explore and hunt for Pokemon, but they provide an extra incentive to invest in side content like mining.

Speaking of extra content, Super Contests once again return in Brilliant Diamond and Shining Pearl, only this time with a brand new mini-game of their own.

Like the Pokemon version of Crufts, Super Contests give players the chance to show off their favourite Pokemon, entering them in contests to decide the cutest, strongest etc.

In a bid to make the contests more appealing, Game Freak has introduced a brand new rhythm action mini-game to the mix, which looks superb.

According to Nintendo, Pokemon will be able to dance along to a host of new and fan favourite tunes, which makes me wonder why we haven’t seen a dedicated Pokemon rhythm game since ‘Pokemon Say Tap’.

Hopefully there will be enough songs to make this one feature that’s worth coming back to time and time again. Who knows, maybe it will lead to a brand new rhythm action release, similar to the excellent Theatrhythm Final Fantasy.

Needless to say, Pokemon Brilliant Diamond and Shining Pearl feature countless other quality of life improvements, which should bring them in line with more modern releases.

This includes the ability to organise your Pokemon directly from the menu, as well as experience sharing to reduce the grind.

The Poketch can be set to appear on screen at all time (in the top corner), and you can expand it for more information as and when you please. It’s particularly useful for egg hatching, as you can see how many steps you’ve taken during the game.

Judging by what we’ve seen so far, there’s much more to Shining Pearl and Brilliant Diamond than catching Pokemon. Better yet, there appears to be more to the Switch versions than updated visuals and controls.