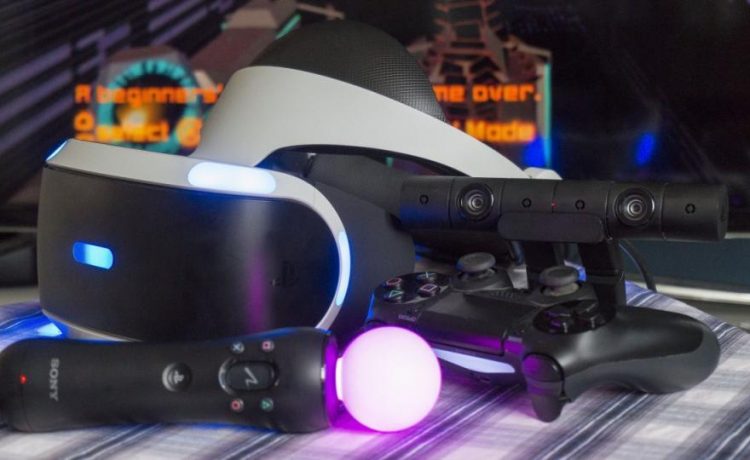 Sony has revealed its plans to celebrate the fifth anniversary of its Virtual Reality headset by providing free games via its PS Plus subscription service.

Three games will be available for download on November 2 that are all built for PlayStation VR.

Gamers will be able to survive the horrors aboard a procedurally generated spaceship in The Persistence, tackle zombies in The Walking Dead: Saints & Sinners and showcase your sword skills in roguelike Before The Fall.

Each game has good review scores since they launched and each one provides something a little different for those who own a PS4.

These free games make it a good time to check out the PlayStation VR and make a decision regarding whether you fancy buying one.

They aren’t cheap but are much easier to find than PlayStation 5 consoles right now. And with supply chain issues set to continue globally, they might be an easier purchase in 2021 over others.

Here are the PlayStation VR games that will be available to download for free via PS Plus during November 2021:

The Persistence challenges you to survive aboard a doomed deep space colony starship in the year 2521. Stranded, malfunctioning, and caught in the inexorable pull of a black hole, “The Persistence” is overrun with a crew mutated into horrific & murderous aberrations. It’s down to you, a clone of security officer Zimri Eder, to make your way deeper in the decks of The Persistence to repair the systems and prevent the ship from being torn apart. Gather resources, upgrade abilities and fabricate an arsenal of weapons in this brutal sci-fi horror rogue-lite.

Face all the horrors that the living and the dead can offer in this new VR adventure in The Walking Dead universe. Travel through the ruins of walker infested New Orleans as you fight, sneak, scavenge, and survive each day unraveling a city wide mystery within the iconic quarters. Encounter desperate factions and lone survivors who could be friend or foe. Whether you help others or take what you want by force, every choice you make has consequences. What kind of survivor will you be for the people of NOLA?

Until You Fall | PS VR

Fantasy and synthwave collide in this physically active PS VR sword fighting game. Grow stronger as you battle through an awesome neon environment and strike down magic-infused monstrosities in this hack-and-slash roguelite. Move your arms and body to the synthwave soundtrack as you attack, block, cast spells, and dodge your way deeper into the heart of a neon fantasy world filled with magic-infused monsters. Equip yourself with a variety of gameplay-altering weapons as you continue to gain strength and strike down the monstrosities that lurk throughout this mystifying world.