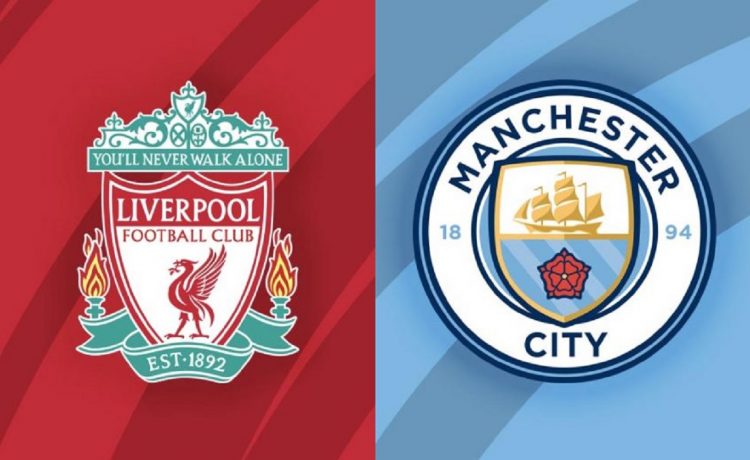 Anfield expects. The Kop will go into overdrive tomorrow when Liverpool face Manchester City. Emotions will be running high.

There will be a tribute to Roger Hunt, who died this week, before the game. That will ramp up the atmosphere. So too will the notion that City respond badly to the crowd’s fanaticism. During the Klopp era the champions have won only once in this stadium and that was in February against the backdrop of empty stands as Covid raged across the country.

City’s 4-1 victory was one of the low points of last season for Jurgen Klopp. His team self-destructed. Alisson Becker, in particular, had a calamitous night, though the goalkeeper’s nerves may have been frayed because he was operating behind a central defensive partnership of Jordan Henderson and Fabinho.

Will the Anfield effect scupper City again? Pep Guardiola addressed the question yesterday and suggested it was not the hostility of the fans but the “quality of the opponent” that was responsible for his team’s relatively poor record in this part of Merseyside. No manager wants to believe that his players can be cowed by a ferocious reception. Now would be a good time for City to put that theory to bed.

Yet there have been moments when Guardiola’s side have appeared frozen in the face of the fury cascading down from the stands. Some of the great Liverpool teams fed off the frenzy of Anfield and seem to channel the passion of the supporters. Others seemed to be almost unaware that anyone was watching and went about the job with an antiseptic ruthlessness. Klopp’s side sits at the emotional extreme of the scale, forming a circuit of energy with the crowd that both parties feed off and amplify.

Guardiola is right. Liverpool have been a superb side over the past few years.

They are not quite as good without Trent Alexander-Arnold. The 22-year-old misses out tomorrow because of a calf injury. Thiago Alcantara is also sidelined, narrowing Klopp’s options.

James Milner deputised for Alexander-Arnold in the 5-1 victory over Porto in the Champions League on Tuesday and Joe Gomez came on as a substitute to replace the 35-year-old for the last 24 minutes. The Portuguese side targeted Milner as the weak link in the defence. The veteran may not have the pace and mobility of a modern wing-back but he has a deep well of football knowledge and a mean streak. He turned his encounter with Luis Diaz into a physical battle. City can expect similar treatment if he is selected. Gomez would be a more elegant choice in the position but, despite Klopp’s complaints about the rugged treatment that his team often face, Milner’s mean streak might come in handy.

Alexander-Arnold’s absence is less of a problem defensively than at the other end of the pitch. Guardiola has frequently tried to expose the Scouser, aiming to exploit the space he leaves while ranging forward. It is a reasonable thought and the Catalan is not the only manager whose gameplan has foundered on the idea that Alexander-Arnold can be exploited.

Klopp’s system is based around the full-backs getting upfield. There is a risk-reward calculation at play. As effective as Andy Robertson is on the left, Alexander-Arnold is the main creative fulcrum of the Liverpool team. This is where he will be missed and the void he leaves offers City a tactical advantage.

Even though Milner can pick out a cross – his ball to Sadio Mane for the second goal against Porto left the goalkeeper mesmerised – he does not have the range of his younger colleague. The emphasis of the attack needs to change.

This is where Curtis Jones can make a difference. Guardiola’s methods are simple but magnificent. He likes his defenders to form a high line and squeeze the action into the opposition’s half. There, his squad of mobile forwards press the defenders hard and keep them off balance. Frequently, the 50-year-old operates with only one player whose role is anywhere near that of a traditional midfielder.

You cannot over-run Guardiola’s midfield – as Chelsea attempted to do last week – because, to misquote a City fans’ anthem, they’re not really there. They are too busy winning the ball in dangerous areas in the final third.

Tottenham Hotspur beat City 1-0 in their opening match of the campaign by doing two things. The first was Spurs riding their luck against an early barrage that should have put Guardiola’s team three up after a quarter of an hour. The second was to run with the ball when City attacks broke down. Steven Bergwijn was particularly effective in driving at the back line.

Any ballcarrier who tries to look up for a pass when deep in his own half is likely to be swarmed upon by City’s press. Instead, Bergwijn outran the pack and the opportunities opened up as he charged across midfield.

The ability of Jones to advance with the ball at his feet, his trickery in possession and his directness could trouble City in the same manner. If it does, with Liverpool’s front three distracting the retreating defenders, the possibilities would open up.

The crowd will not decide this game. The ground will be a bearpit but City will have no fear. Guardiola knows that the men on the pitch speak louder than the Kop.