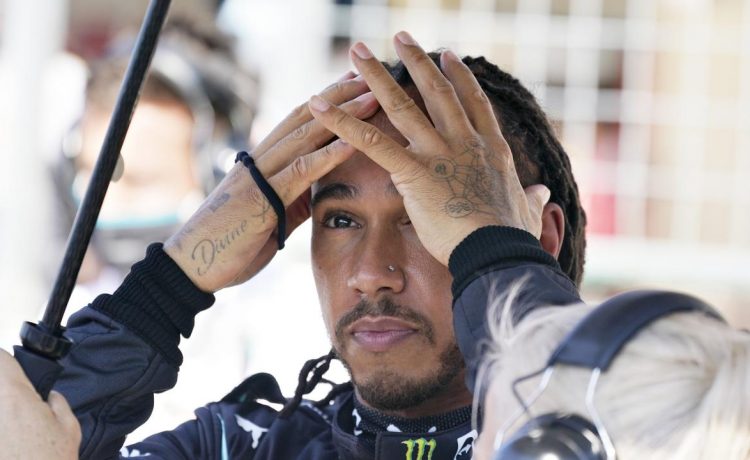 Mercedes driver Lewis Hamilton hopes his legacy as Formula One’s only black driver currently, and his constant push for equality in the sport will leave its mark when he eventually retires. Hamilton has been a constant in Formula One from the day he arrived in 2007 for McLaren, winning his first title in just his second season in the championship

The Briton has gone on to accumulate 100 wins, the most any driver has achieved in F1, the most pole positions and podiums, as well as equalling Michael Schumacher for championship titles with seven to his name.

Now in pursuit of an eighth, he would become the most decorated driver in Formula One history if he can beat main title rival Red Bull’s Max Verstappen.

But away from the track, Hamilton has become a pioneer in the sport in his quest for equality and diversity in the paddock.

Among some of his contributions Hamilton launched a new charitable foundation, Mission 44, with a personal pledge of £20M to support, champion and empower young people from underrepresented groups in the UK.

The reigning champion pledged to “keep pushing” in the fight against racism, and continued to lead Formula One’s anti-racism pre-race demonstrations, saying it was important “to hold ourselves and others accountable.”

He also pushed to make sure his new Mercedes contract for 2021 included the formation of a joint charitable foundation to promote greater diversity and inclusion.

“What will make me proud is when I leave this paddock, to really see this journey of taking action,” began Hamilton, speaking to Sky Sports F1. “Seeing more women here, seeing more people of colour here, seeing it more reflective of the outside world and see it continue to progress.

“That’s what will make me proud. I’ve already seen that within my team and I’m already seeing that here.

“One thing that I experienced, when we started coming out of lockdown we started going back to the factory, I walked in and I saw the marketing department.

“I was really. really shocked and it was really emotional for me because most often you’re the only person of colour in the room and you always wonder why.”

After months of rumours he might retire at the end of the season, Hamilton committed a further two years to Mercedes as he chases down the record-breaking eighth title.

It means the Briton will be just shy of his 39th birthday when the contract comes to an end in 2023, alongside George Russell, who replaces the outgoing Valtteri Bottas at the team.

Hamilton currently trails Verstappen by 12-points heading into the final five races of the season. The Stevenage-born driver hopes to break Michael Schumacher’s record by adding an eighth world title to his name.