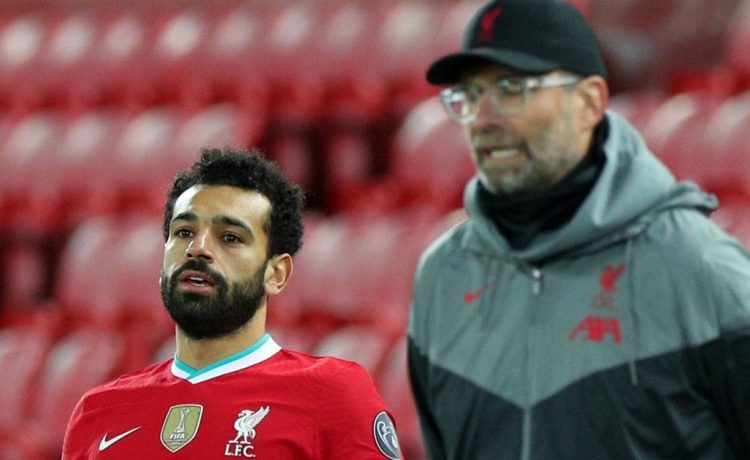 Jurgen Klopp has warned the Premier League there is more to come from Mohamed Salah.

Salah scored for the eighth consecutive game in all competitions and also produced an exquisite pass for Sadio Mane’s opener in Liverpool’s 5-0 demolition of Watford on Saturday.

Roberto Firmino netted a hat-trick as the Reds condemned Claudio Ranieri to defeat in his first game in charge of the Hornets.

And Liverpool boss Klopp had an ominous warning for rivals when asked about his in-form Egyptian.

“I think he has been on that level for a while. Of course he improves and he’s at an age where he can still improve.

“You saw the first goal that he set up for Sadio, that was an outstanding pass, he brought that from the summer.

“He’s doing these kind of things in training as well, our little problem is we don’t have much time for training so usually we recover when we don’t play.

“That means we don’t see him that often in training because we just don’t have time for it.

“But the boys improve their game by themselves.”

Salah is among the nominees for the Ballon d’Or, alongside the likes of Cristiano Ronaldo, Lionel Messi and Robert Lewandowski. But Klopp believes his player is currently the best in the world.

He said: “The consistency he delivers, maybe people have just started to see it, but it was always there. He plays for us for four or five years now but it’s absolutely incredible the way he performs since he has been here.

“And he’s been in the top five (in the world) since he has been at Liverpool pretty much and now he’s the best at the moment, but we all know that.”

Watford’s performance highlighted the task on Ranieri’s hands as he endured a nightmare return to the Premier League.

But the Italian, who lifted the title with Leicester in 2016, is ready for the hard work.

He said: “The defeats are always difficult but I am a very positive man. I watch very well my players today, I watch where we have to improve and from the next week we start to improve.

“It’s true, we gave to them on the goal some good presents and this is one of the first problems.

“You have to be compact to do this. We were too much spread out and they came very, very quickly.”