HomeTravelWales: Travel abroad back on the menu but ‘clear public health risk’
Travel 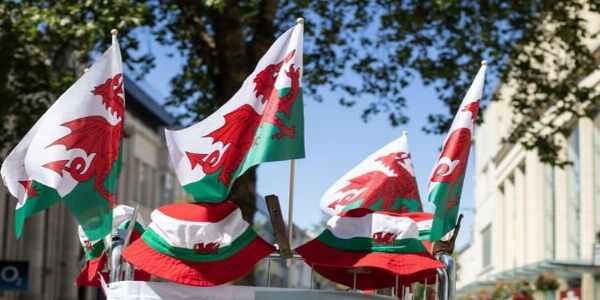 The UK Government travel announcement on Wednesday was great news for Britons and the travel industry, but the Welsh Government isn’t particularly happy about the update. Some claimed they were not consulted and raised concerns over the update.

Health Minister in the Welsh Government Eluned Morgan commented on the update.

She said: “This is unacceptable – international travel policy affects all parts of the UK and Welsh interests need to be part of the decision-making process.”

She continued: “We are extremely disappointed with the unilateral approach taken and believe there remain clear public health risks posed by re-opening international travel while the virus is circulating globally.

“For these reasons we continue to caution against international travel for non-essential reasons this summer.”

While the Welsh Government does not believe international travel should be allowed, they still followed the latest UK Government updates.

The reason behind the reluctant move is explained by Eluned Morgan.

She said: “However, as we share an open border with England, it would not be practical or viable to introduce a separate border health policy.”

The changes make holidaymakers’ lives easier, as one set of rules can be followed for all four of the UK countries.

The traffic light system is under intense criticism as the travel industry believes it is unnecessary.

Damian Webb, restructuring partner at audit, tax and consulting firm RSM said: “The demand is there, but the uncertainty associated with the Government’s traffic light system has undermined trading for a second successive summer. With most Government support measures ending; some seasonal and specialist operators may find they have nothing left in the tank.”

He continued: “The Government needs to be accountable for the issues it has presented to the travel sector and should look to provide additional support. Many businesses have benefited from investor support during these challenging times, but some are losing confidence in the sector due to the inconsistent Government travel policy.”

A Welsh traffic light system inconsistent with the one used by England, Scotland and Northern Ireland would have been catastrophic for the travel industry.

Wales had little choice but to follow whatever update the UK Government announced, and did so.

It means the Welsh Government is adding seven countries to their own green list.

Austria, Germany, Slovenia, Slovakia, Latvia, Romania, and Norway will now be on the Welsh green list, as well as the UK one.

Georgia, La Reunion, Mayotte and Mexico go to the red list and India, Bahrain, Qatar and the UAE move to the amber list.

The devolved Welsh Government could have gone with different travel restrictions if required, and its advice is in stark contrast to the UK.

While Shapps told the UK to “go on holiday”, the Welsh Government believes international travel should not be considered this summer.