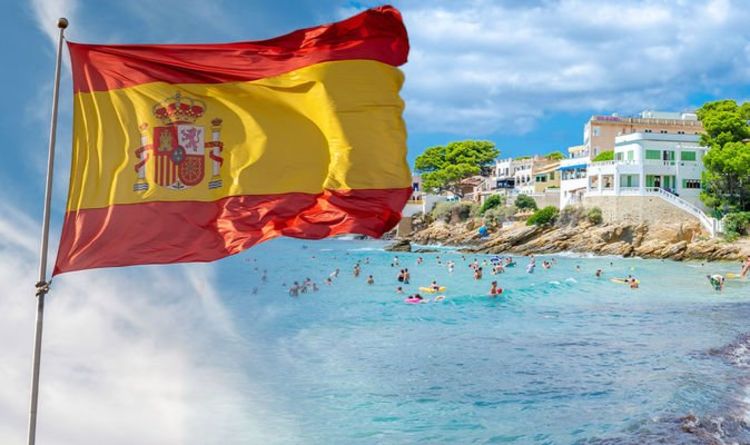 Spain and its archipelagos are currently on the amber list, with the Foreign Commonwealth and Development Office (FCDO) no longer advising against travel to the country. However, the nation’s Covid figures still remain high.

Furthermore, around one in 35 travellers arriving in Britain from the UK test positive for COVID-19, according to the NHS Test and Trace figures from August 4.

For those with pending holidays, these numbers could be concerning.

The good news is, there are a number of factors that act in Spain’s favour for remaining on the amber list.

When is the next traffic light update?

The next traffic light travel update is anticipated on or around Wednesday 25 August 2021.

This is based on Secretary of State for Transport Grant Shapps’ assurance that the traffic light lists would be reviewed “every three weeks”.

In previous weeks, the announcement has been made on a Wednesday or Thursday evening.

However, the rules do not come into force until a few days later.

It is likely the latest update will spring into action on Sunday 29, August 2021.

According to the European Centre for Disease Control and Prevention (ECDC), Spain recorded 4,719,266 as of August 19.

There were 456.94 cases per 100,000 inhabitants in the previous 14 days.This makes the country the second-highest for case rates in the European Union, after France.

The good news is, despite Spain’s high Covid figures, it is still a major decrease.

The average number of new infections reported each day has fallen by more than 12,900 over the last three weeks – 25 percent of the nation’s previous peak.

According to Reuters, Spain has administered at least 62,193,144 doses of Covid vaccines so far.

Assuming every person needs two doses, this is enough to have vaccinated 66.1 percent of the population.

By comparison, the UK has administered around 88,401,088 doses of the vaccine – also equal to approximately 66.1 percent of the population according to Reuters.

Cases of the Beta variant, which previously caused concern for UK scientists, have also drastically reduced in Spain in recent weeks.

Is Spain likely to turn red at the next review?

The UK Government has given no clear confirmation as to what changes Britons can expect at the next review.

However, based on Spain’s vaccine rollout and the decline in cases from previous weeks, the situation looks positive.

Currently, travellers who have been fully inoculated with a vaccine approved and administered in the UK, EU or the US are able to enter the UK without quarantine.

However, unvaccinated arrivals still face 10 days of self-isolation at home.