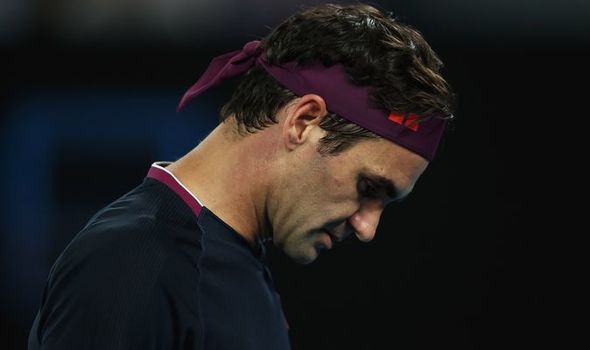 Roger Federer has pulled out of the upcoming Masters 1000 tournaments in Toronto and Cincinnati. The world number nine is now in doubt to play the US Open at the end of the month, citing his ongoing knee injury when pulling out of the two warm-up events. It gives his rivals Rafael Nadal and Novak Djokovic a further boost ahead of the final Grand Slam of the year, with the big three all now tied on 20 Majors apiece.

Federer, who has missed most of the tour since last year’s Australian Open and underwent two knee surgeries in 2020, specified the continuous knee injury as his reason for pulling out of the US Open Series events.

The 20-time Grand Slam champion has played just five events this year, with his best showings being quarter-final appearances at Wimbledon and Doha.

He suffered a 6-3 7-6(4) 6-0 loss to 14th seed Hubert Hurkacz in his most recent match, the Wimbledon quarter-final, making it the first time Federer has been bagelled at the All England Club, and the second time this century alongside one to Nadal at Roland Garros in 2008.

The eight-time Wimbledon winner then opted not to play the Olympics, having suffered a setback with his knee injury during the grass court season, the same thing now keeping him out of the US Open warm-up tournaments.

Taking to Twitter at the time, Federer wrote: “During the grass-court season, I unfortunately experienced a setback with my knee, and have accepted that I must withdraw from the Tokyo Olympic Games. I am greatly disappointed, as it has been an honour and highlight of my career each time I have represented Switzerland.

“I have already begun rehabilitation in the hopes of returning to the tour later this summer. I wish the entire Swiss team the best of luck and I will be rooting hard from a far. As always Hopp Schwiz!”

His withdrawals from the upcoming National Bank Open and Western & Southern Open have cast further doubt about his chances at the US Open, which starts at the end of this month.

Federer, who turns 40 this Sunday (August 8), has already opened up the draws for his long-time rivals Nadal and Djokovic in Toronto and Cincinnati, and has now bolstered their chances in New York with questions about whether he will be fully fit and recovered when the final Grand Slam of the year gets underway.

World number one Djokovic had already pulled out of next week’s National Bank Open following his Olympic exploits, which saw him play three matches in the space of 24 hours.

The Serb was aiming to achieve the Golden Slam, winning all four Majors and Olympic gold in one year, but lost in the semi-finals to Alexander Zverev before also suffering defeat in the bronze medal match against Pablo Carreno Busta the following day.

He had also lost his mixed doubles semi-final alongside compatriot Nina Stojanovic just hours after his loss to the German, and pulled out of their bronze medal match after losing to Carreno Busta in a match that saw him hurl his racket into the empty stands.

It means Nadal could pull ahead of Djokovic in the tally of ATP Masters 1000 titles next week, with the pair currently tied on 36.

The Spaniard was forced to miss Wimbledon and the Olympics with a left foot injury that stopped him playing tennis for 20 days.

He decided to start his North American hard court season early and enter the Citi Open for the first time in his career, playing his only matches since a shock defeat to Djokovic in the Roland Garros semi-finals.

Despite losing in a close three-set battle to Lloyd Harris overnight, the world number three says his foot feels a lot better and is now liking his chances at the National Bank Open next week, where he is a five-time former champion.

The 35-year-old, along with Djokovic and Federer, is also looking to pull ahead on the Grand Slam count and make history in New York.

With the big three all tied up on 20 Slams each, one of them will hold the most Major titles ever won by a male player if they can win the US Open, and with Federer looking more and more in doubt after his recent withdrawals, it could be Nadal or Djokovic rewriting the history books in a few weeks’ time.