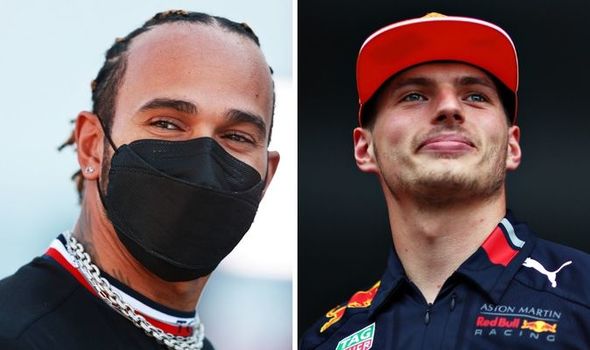 Former F1 driver John Watson believes Max Verstappen has “yet to piece all the components” together to beat Lewis Hamilton to the title this season, as the championship took a new twist heading into Formula One’s summer break.

Verstappen, who has yet to win a title in the championship, snatched the lead after victory at the Monaco Grand Prix, as Mercedes struggled around the streets of Monte Carlo.

The Dutchman steadily started building up a lead over the seven-time world champion, and heading into Hamilton’s home Grand Prix had a healthy 33-point lead, a full race victory, in hand thanks to victory in the sprint qualifying race.

But the swing came as Verstappen, who started on pole position, clashed dramatically with Hamilton on the opening lap of the British Grand Prix, sending the Red Bull driver through the gravel and into the tyre barrier.

Verstappen’s lead was cut to just eight points heading to Budapest, with Red Bull vowing to bounce back.

Yet, more bad luck struck for the 23-year-old across the weekend, as the Dutchman became tangled up in another incident, this time at the hands of the second Mercedes driver, as Valtteri Bottas caused a first corner pile-up at the Hungaroring.

Verstappen’s team-mate Sergio Perez retired from the race after the crash, with the 23-year-old limping home to take two points for Red Bull.

In a cruel twist of fate, Hamilton, who picked up a 10-second time penalty for the incident, was able to go on to take a podium spot and retake the lead of the championship heading into the four-week break.

Watson, who finished third for McLaren in the 1982 World Championship fight, believes Verstappen still has a bit of learning to do.

“Silverstone was the high point in the way the championship is going to play out,” Watson told RacingNews365.com.

“Max should have allowed Lewis to take the lead, knowing that he could have undercut Lewis on the exit of Copse and regained the advantage, but that’s where the difference between the two drivers lies.

“Lewis is a lot more savvy in circumstances like that than Max. Max is a hot rod. He has improved a great deal, but he still needs to understand how you win not just a race, but how you win a championship.

“When you think back to Barcelona in Turn 1, for example, Max dive-bombed Lewis, and Lewis gave him room. He could have shut the door on Max and they both could have been knocked out but he didn’t.”

Hamilton now leads the way, albeit by just eight points, as Formula One headed into a four-week summer break, with Verstappen predicted to be hot on his heels heading into the Belgian Grand Prix on August 29.

“My thoughts are that Lewis will win it. Simply because he’s been there seven times before. He’s an outstanding competitor. He’s got all the knowledge and experience that goes with it.

“Max has yet to piece all the components of a championship victory.”