Home » High school teams use nicknames too racist for the NFL. What can be done?
American Football 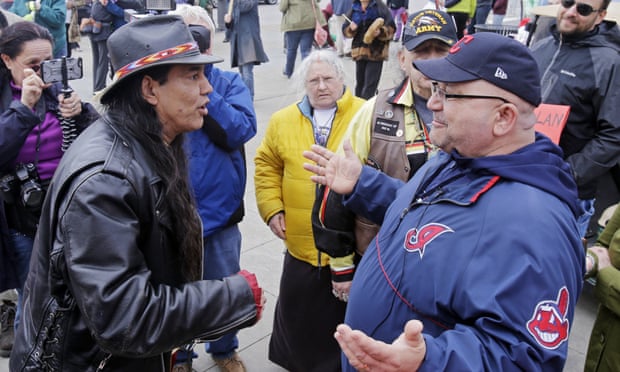 One full year after the Washington Football Team announced that it was ditching the racist nickname the NFL franchise had carried since 1933, club president Jason Wright said in July that the team would not consider related alternatives – specifically, Warriors.

“It too closely aligns with Native American themes,” Wright wrote in a blog post.

The movement toward eliminating Native American nicknames and imagery such as the Indians’ Chief Wahoo, has not lost much momentum. A few more high schools have followed suit, like Radnor High in suburban Philadelphia, which switched Raiders for Raptors.

The latest actions by the Washington Football Team, which had hardly been a progressive pro sports franchise for much of its history, have been examples of flipping a growing negative into a positive.

And yet, others don’t seem to pay attention. Or, perhaps to be more accurate, others seem like they don’t want to pay attention, even at the risk of embarrassing themselves.

Neshaminy High School, also in the Philadelphia suburbs, seems determined to keep the nickname that the Washington Football Team dropped. A Pennsylvania appeals court ruled in June that the nickname and mascot does not violate a state law that prohibits discrimination.

“The Washington Football Team’s announcement that they will not be using Native American imagery is a major step towards reconciliation, justice, and equality, but clearly, there’s still more work to be done.” Crystal Echo Hawk, the founder and executive director of IllumiNative, an advocacy group, tells the Guardian. “The school should follow Washington Football Team president Jason Wright’s lead in order to stand on the right side of history.”

Yet Neshaminy school board president Stephen Pirritano claimed victory in a seven-page statement after the court ruling, saying that the district was not shown to discriminate against Native American students. And it cost much less in legal fees to keep the nickname than it would have cost to find a new one. The case cost taxpayers about $385,000.

“We do not have any further comment at this time,” a district spokesman tells the Guardian.

It should be noted that Pirritano wrote in a Facebook post late last summer that Black Lives Matter “is a Marxist, anti-family, anti-American organization”, adding, “BLM is a racial organization that wants nothing to do with inclusion.”

But Neshaminy High School has a long history of being known by that nickname. It has won 32 league championships and a state title since 1946 in football, its most visible sport. James Franklin, the Penn State University football coach, was Neshaminy’s quarterback in the late 1980s.

Still, the nickname controversy has percolated at the school for about a decade. Even though proponents point out that the school was named after the nearby Neshaminy Creek, a word with Native American origins, other parents and students see the nickname as offensive.

So, much like with the football team in Washington, the issue has been bubbling around the school for a while. And yet, the WFT’s recent rationale for getting rid of the nickname – and not considering any related alternatives – has not led to any changes at Neshaminy.

Donna Fann-Boyle, who is of Cherokee descent and resides in the Neshaminy School District, is a co-founder of the advocacy group Coalition of Natives and Allies. She says there are a number of reasons why schools and teams still don’t want to change nicknames.

“Many school boards try to work towards positive change,” she tells the Guardian, “but the older alumni and community members harass and bully them till they give in.”

In Neshaminy’s case specifically, she thinks it is personal, saying, “Stephen Pirritano has made it his mission to not listen to the voices of the Natives whose homelands the school district exists on. He also refuses to let any other government or human-rights entity oversee his power. This is truly a power play for him. He does not care about the harm caused to Natives or the school students. He will not allow others to tell him what is right or wrong.”

Sayre High School, a smaller high school on Pennsylvania’s border with New York, is also continuing to use the nickname, in part citing its use since 1947. A month after the WFT said it was dropping the name, a group of Sayre alumni and the National Coalition Against Racism in Sports and Media asked the high school to change the nickname and mascot.

A letter from the school board president last August read, in part: “Our attention at this time is on getting our students and staff back to school. Although the school name and mascot is not on the agenda for any Board of Education meetings in the near future, we are committed to addressing important issues of equity and inclusivity.”

More than 3,300 have signed a change.org petition, but the issue has not been discussed publicly since. Despite the opposition, there is apparently enough support for the nickname to keep it indefinitely.

“It’s just very interesting to me that a community that claims to have a ‘small school with a big heart’ refuses to acknowledge the decades of academic research that proves these nicknames, images and mascots are harmful and won’t do anything to make a positive change,” Jessica Firestine, a freelance journalist who graduated from Sayre in 2010, tells the Guardian.

A year ago, Steven Molinski, a 2012 Sayre graduate who lives in Utah, thought of five “more ethical” nicknames with strong ties to area folklore, characteristics and geography: Giants, Steamers, Union, Rapids and Serpents.

But there the matter sits. Firestine says Sayre officials won’t discuss the issue because “they’re so strongly attached to the representation,” adding, “they’d rather protect something that doesn’t even really belong to them because they don’t have anything else to cling to.”

Molinski pointed out in the essay that he once wore to work his sister’s Sayre jacket – with the nickname plainly visible – only to have a senior executive blurt out, “Yikes!” Molinski took off the jacket.

That is what it might take to turn the tide all the way: Who wants to wear your old jacket or T-shirt with a racist name and imagery to the mall, or on vacation, or anywhere?