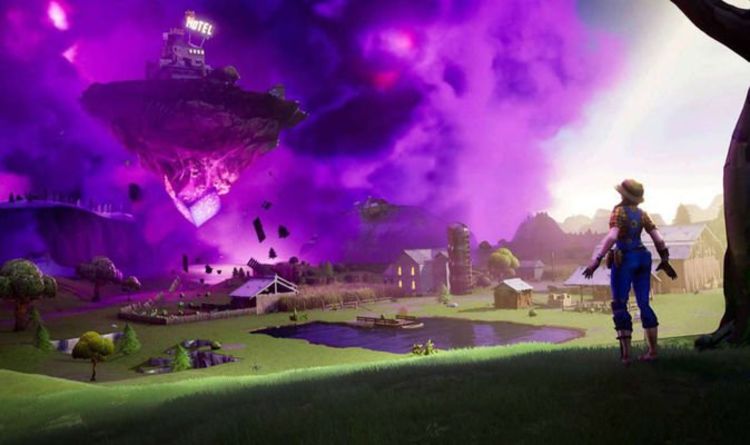 Fortnite fans may have another season 7 live event to look forward to that’s just around the corner. It was only earlier this month that Epic Games held its Fortnite Rift Tour event, which was headlined by pop superstar Ariana Grande. And hot on the heels of that show stopping performance Fortnite fans could be getting another event in the next few weeks.

It’s been rumoured for some time now that Fortnite season 7 chapter will feature an event that has Kevin the Cube returning.

Long time Fortnite fans will recall the Cube was a big fixture in season 5 and season 6 of the first chapter of Fortnite.

And, according to dataminers, Kevin could be returning before the end of Fortnite season 7.

As highlighted in a post on Reddit, following the release of Fortnite update 17.40 earlier this week dataminers have discovered proof of Kevin’s rumoured comeback.

According to the leak, the entire outline of what will happen in the Fortnite Cube event has been revealed.

To avoid spoilers though, Express.co.uk won’t go into details about what exactly is meant to be happening.

If the Kevin the Cube event is taking place during Fortnite season 7 then it should drop within the next few weeks.

We’re at the business end of the current Battle Pass, with Fortnite season 8 chapter 2 expected to launch mid-September.

It was claimed Kevin would return towards the end of Fortnite season 7, with this comeback masterminded by an unknown Queen character who is controlling the Cube.

It’s believed this character will allegedly be linked to the storyline of chapter 3.

The leak first emerged on Reddit and was highlighted by notable leaker ShiinaBR.

Speaking about the leak, Shiina said: “RUMOR: 15 hours ago, a post was published by a moderator on the subreddit r/FortniteLeaks claiming to have insider information about upcoming things in Fortnite.

“The source who provided the insider information apparently leaked a LOT of information about Season 6 correctly.”

The Fortnite leaker later went on to add: “UPDATE: I have received video evidence from one of the r/FortniteLeaks moderators of the private conversation with said insider.

“The video evidence was recorded on mobile (iOS) and appears to be genuine. If(!!) it’s real, the insider has leaked MUCH correctly in the (near) past.”

The leak in question correctly revealed the Ariana Grande concert well before it was confirmed by Epic Games, which could add credibility to the leak as a whole.

It also claimed a brand new map will launch for Fortnite chapter 3 and that there could be a Naruto skin for season 8.