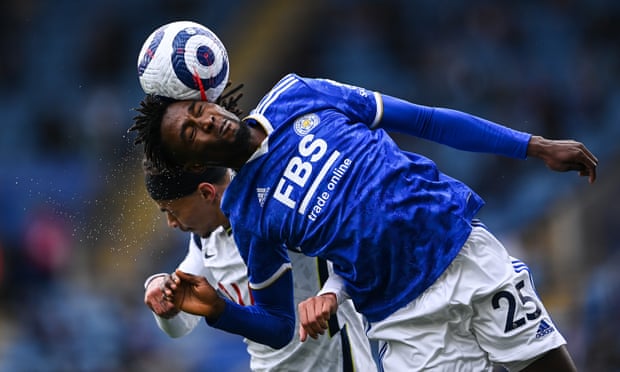 Football should consider eliminating heading, the leading researcher into dementia in the sport has said, after new evidence provided “the missing link” between repeated heading and neurodegenerative disease.

Dr Willie Stewart of the University of Glasgow, who leads the landmark Field study, says the game must ask whether heading is “absolutely necessary”. Football, he said, should now come with a health warning attached.

Previous results from the Field study – its name derived from “football’s influence on lifelong health and dementia risk” – had shown that former professionals were 3.5 times more likely to die with dementia than the general public. The findings brought to the fore the issue of brain injury in the sport but authorities frequently insisted more research was necessary before a link with heading could be confirmed. Stewart says that connection can now be shown and called for authorities to act.

“With the current data we’re now at the point to suggest that football should be sold with a health warning saying repeated heading in football may lead to an increased risk of dementia,” he said. “That’s where we are now, that cannot be ignored.

“In the previous study we didn’t have sufficient data to be able to look at the important factor: exposure to football. What we could say last time was that being a footballer meant your risk of dying with a degenerative brain disease was higher, but we couldn’t say what in football was doing it.

“Now, through using our surrogates for exposure to heading and brain injury, which are field position and length of playing the game, we can see that if you’re in a position where you’re exposed to a high level of head impacts or you play the game longer, your risk is higher.”

The new research, published in the journal JAMA Neurology, finds that risk of neurodegenerative disease in former professional footballers varies by player position and career length, but not by playing era. Whereas goalkeepers, who rarely head the ball, have a risk statistically indistinguishable from that of a control group, defenders – who head the ball the most – have a five-fold risk of developing neurodegenerative disease. That risk increases the longer a player’s career goes on and the risk did not change across the 7,676 players the study analysed, despite their dates of birth ranging from 1900 to 1976.

“The data from this paper is the missing link in trying to understand this connection between sport and dementia,” Stewart said. “We put that together with what we know about the mortality risk … and there really isn’t anything else. There is no other proposed risk factor and this is one we could really address and eliminate this disease.

The Field study is funded by the Football Association and the Professional Footballers’ Association but Stewart was critical of the measures the professional game has undertaken to limit the risk from heading. Last week the FA, Premier League and EFL, endorsed by the players’ union, announced guidelines limiting “high-impact” headers to 10 a week in training. The rules were implemented as a precautionary measure, but Stewart criticised them, saying they were “not based in science” and arguing no category of header created less risk.

“If we think that heading in professional football is necessary and the risk of dementia is necessary then perhaps what football should be doing rather than considering concussion substitute protocols that don’t really stand up or limitations on heading in training which have no basis in science, they should be thinking about what football would look like without heading,” he said. “Let’s try that.”

‘A serious failure of security and stewarding’: Questions mount over FA’s handling of Euro 2020 final