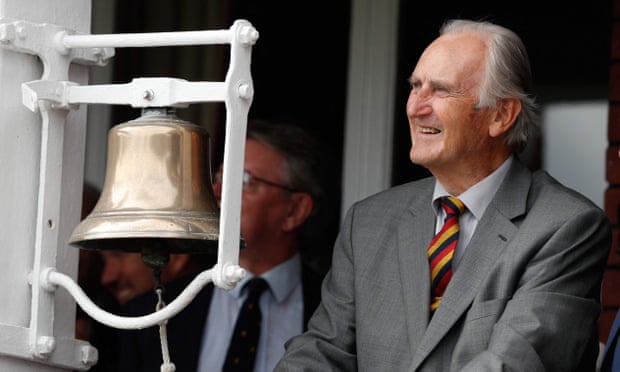 England captain Joe Root continued his stellar form with yet another magnificent century to flatten India on day two of the third Test at Headingley.

Such has been his insatiable run-scoring, it was almost inevitable that Root – playing on his home ground – would compile his third hundred in as many matches and sixth of the year.

His majestic 121 helped England to 423-8, a humungous lead of 345 over the tourists, after India were bowled out for 78 on Wednesday.

Root added 139 for the third wicket with Dawid Malan, who marked his recall with 70, while opener Haseeb Hameed soaked up some early pressure before he was dismissed for 68.

India’s attack was largely toothless on a placid pitch, Virat Kohli’s men a shadow of the side that surged to victory in the second Test at Lord’s.

Although Headingley has a history of sensational comebacks, this match surely will not be one, and England are primed to level the series at 1-1 with two matches to play.

This will go down as one of the most remarkable turnarounds between two Tests, both for the way India have failed to turn up and how England picked themselves up from the Lord’s debacle.

The foundations were laid on day one, when India were shot out and England moved to 120-0, leaving Thursday as a glorious procession to a virtually impregnable position in front of a vibrant and colourful crowd.

At the centre of it all was Root, whose previous hundreds this summer have come when England had their backs to the wall.

Instead, with his team on top, Root produced his most effortless, stylish and predictable ton, treating his Headingley home to something of a ‘greatest hits’ of his batting.

Malan’s success was further vindication for England’s selection after runs for Hameed and wickets for Craig Overton, while India must wonder how they have unravelled so quickly.

Their bowling was insipid, tactics baffling and fielding uninspired. They now must prepare themselves for a second innings when their only realistic measure of success would be extending this match into the weekend.

Root the hero of Headingley

Superlatives have run dry for Root, who is putting together a year of batting that will rank alongside some of the greatest the game has ever seen.

England had been tied down before he came to the crease, but he instantly changed the tempo, off the mark from his first delivery and then manoeuvring the ball wherever he pleased.

Root seemingly has the ability to deftly guide any ball he faces to third man or point, with India strangely reluctant to plug the gap. He whipped through mid-wicket and played spectacular back-foot drives with both feet off the ground.

His stand with Malan bumped along at more than four runs per over. When Root reached three figures – tying the England record for six centuries in a calendar year – he leaped into the air before being lifted off the ground in a bear hug from Yorkshire team-mate Jonny Bairstow.

Root’s biggest moment of trouble came from a fly in his eye that needed tending to by umpire Richard Kettleborough, then what appeared to be a a bout of cramp which required attention from the physio.

Soon after, Root was bowled through the gate playing a tired drive at one Jasprit Bumrah got to nip back. Root left with his bat and helmet raised, soaking up the adulation, with 1,398 runs in 2021.

He is only 83 short of Michael Vaughan’s England record for a calendar year, with five Tests still to play.

Malan is playing his first Test since 2018, when he was dropped by then national selector Ed Smith, who said he was more suited to playing abroad.

Malan admitted those words affected him, but in the past three years he has become the number-one rated Twenty20 batsman in the world, and made a point on his red-ball return.

Playing flowing drives and cuts, he looked primed for his second Test hundred before he feathered Mohammed Siraj down the leg side and given out on review.

Earlier, Rory Burns was bowled by a bail-trimmer from Mohammed Shami for 61, while Hameed lost his off stump to a ripper from spinner Ravindra Jadeja. Still, it was the first time all of England’s top four had passed 50 in a Test in eight years.

Late in the day Bairstow edged Shami to first slip Kohli to depart for 29, while Jos Buttler, Moeen Ali and Sam Curran played loose strokes to be caught on the leg side.

However, England were already so far in front that the crowd taunted Kohli with a chorus of “Virat, what’s the score?”