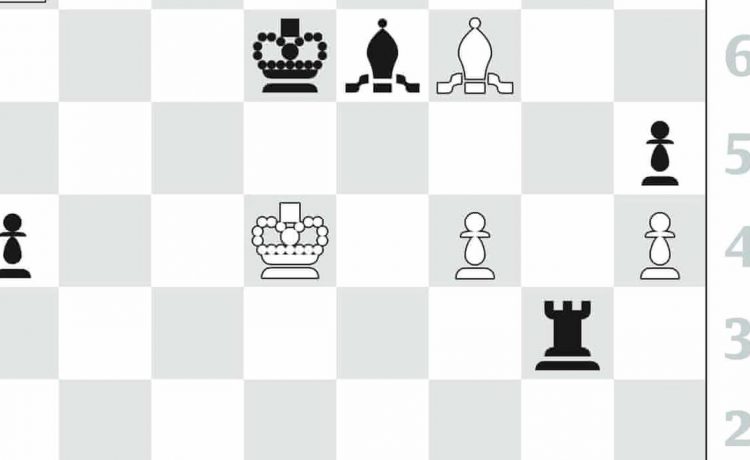 Magnus Carlsen has never won the biennial World Cup knockout, and the No 1 was eliminated in Tuesday’s semi-finals of its $190,000 2021 renewal in Sochi. Poland’s Jan-Krzysztof Duda, 23, again proved himself a nemesis on big occasions for Norway’s world champion, and went on to win the tournament.

Last autumn, Duda ended Carlsen’s record 125-game unbeaten run and was congratulated by his namesake Andrzej Duda, president of Poland. This week, the chess-playing Duda did still better as he defeated Sergey Karjakin, the 2016 title challenger, in the World Cup final. Their first game was a speedy draw, but in the second Duda was well prepared against a fashionable counter to the Queen’s Gambit. Karjakin never got in the game and resigned just a pawn down but with a poor position.

Duda’s success has qualified him for the eight-player 2022 Candidates, which will decide the next world title challenger following the 2021 match, in which Russia’s Ian Nepomniachtchi takes on Carlsen over 14 games in November-December in Dubai. The Krakow student will be the first world title candidate ever to represent Poland.

From a world top 20 player Duda has suddenly jumped to the verge of the top 10, and at age 23 his best years still lie ahead. Decades ago, the legends Miguel Najdorf and Samuel Reshevsky were both Polish-born, but they competed in the Candidates as representatives of Argentina and the US.

Duda’s decisive win against Carlsen came after they made three uneventful draws. He outplayed his opponent strategically in a position where the Norwegian had little active play for his pieces, just like the rising star Andrey Esipenko, 19, in his two 2021 wins against the champion.

The world champion’s body language looked static and uncomfortable as his position worsened. Later, he admitted that he felt defeatist about his impending elimination in a position where Duda controlled the board with little counterplay, and this state of mind contributed to his missed drawing chances when Duda, short of time, erred in the bishop ending.

Freed of the burden of expectations in the third place play-off on Wednesday and Thursday, Carlsen overwhelmed Russia’s Vladimir Fedoseev 2-0 with imaginative attacking play. First he won with Black in a King’s Indian where White’s army was comically squashed into the right-hand corner, and then, even more crushingly, as White in a Caro-Kann 1 e4 c6.

The Women’s World Cup also had a surprise outcome as Alexandra Kosteniuk, 37, who won the event in 2008 when it doubled as a world championship, defeated the top seed, Aleksandra Goryachkina, 22, by bold attacking play.

It was a victory to savour for Kosteniuk. “When you’re young and you win, you don’t really appreciate it that much,” she said. “When you become older, every win is like something unbelievable and you start to appreciate it much more.”

The 2021 World Cup counts as an important success and a milestone in the return of normal over-the-board chess, especially since the Covid-19 cases at the start were absent in later rounds. It advanced the careers of Duda, Esipenko, and several younger talents, while the lone English entrant, Ravi Haria, twice beat highly rated grandmasters and strengthened his reputation as a rising star.

International online play continues this week with the Chessable Masters, the penultimate event in the Meltwater Champions Tour which concludes at San Francisco in September.

Wesley So has been a standout player on the Tour and the only one who can compete consistently with Carlsen. The US champion was rocked when Jorden van Foreest trounced him in 19 moves in classical attacking style, but So is resilient and still won their match. The Chessable Masters concludes this weekend (3.45pm start) with semi-finals on Friday and the final on Saturday-Sunday.