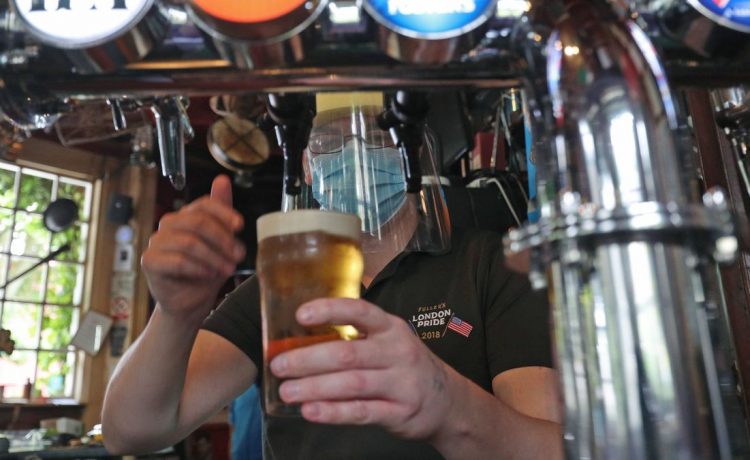 Food and drinks shortages continue to make British headlines. The latest product that could run out this summer is beer.

Pubs and restaurants in the UK could face a shortage of beer over the last weekend of August, which is a bank holiday.

This is due to the possibility of a further lack of delivery drivers.

Drivers who work for firm GXO Logistics Drinks have voted to go on strike.

This company supplies the UK’s hospitality industry with 40 percent of its beer, according to trade union Unite.

This is only a week before the bank holiday weekend.

The workers will go on strike again on September 2.

They will also “work to rule” from August 24 until November 15, which means working their exact hours and not into overtime.

Drivers have voted to strike because many are unhappy with their salaries and working conditions.

Employees were offered a pay rise of 1.4 percent for 2021, which Unite argued was not sufficient.

Last month, Joe Clarke, Unite’s national officer for the drinks industry, said workers were “working flat out currently to meet the high demand for beer volumes in our pubs as society opens”.

Mr Clarke added: “A beer drought could result if our members vote for industrial action because they make 40 percent of the beer deliveries in the country.

“This disruption would be on top of the ‘pingdemic’ that is already hitting the sector.”

The strikes will put a further strain on the UK’s hospitality, food, and logistics industries, which have all been struggling over the past year due to a lack of staff.

Staff shortages have meant pubs, supermarkets, and other companies have missed deliveries in recent weeks and months, leading to food and drinks shortages.

Now, beer is expected to be added to the increasing list of missing food and drinks products.

Mr Clarke has called for GXO to engage in negotiations to increase workers’ pay and reach an agreement with the union.

He said this week: “Now industrial action looms for late August, we call, once again, for the company to engage in meaningful negotiations regarding a decent pay increase for our members.”