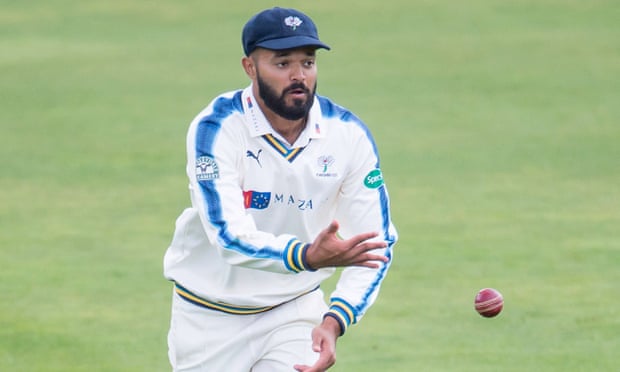 Azeem Rafiq has called on Yorkshire’s chief executive and director of cricket to resign or be sacked after accusing the county of “fudging” a public apology at the end of a 10-month investigation into their former player’s allegations of racism.

Instead of admitting he had been racially abused, the club conceded only that Rafiq had been “the victim of inappropriate behaviour”. A 100-page report was delivered to the club’s executives last week, and having been ordered by the England and Wales Cricket Board to disclose their timeline for publication Yorkshire produced a statement on Thursday admitting the player had been a victim of “clearly unacceptable” conduct.

“You carry on playing with your words,” Rafiq responded on Twitter, “this isn’t going away.”

The process that led to the report started a year ago when Rafiq first described publicly his experiences of racism at the club, but he had been involved in a formal meeting at Headingley two years earlier, in August 2018, at which they were discussed.

On Thursday a club statement declared that while “most of the allegations against the club relate to a period more than 10 years ago” and “many were not upheld”, “several of the allegations made by Azeem were upheld and that sadly, historically, Azeem was the victim of inappropriate behaviour”, adding: “This is clearly unacceptable. We would like to express our profound apologies for this.”

Rafiq, a former captain both of England’s Under-19s and Yorkshire’s Twenty20 side, said he was “uncomfortable with several aspects” of the statement.

“For a start, I’d like to know which allegations have been upheld and which have not,” Rafiq told ESPNcricinfo. “Terming what went on as ‘inappropriate behaviour’ doesn’t sit right with me, either. It was racist behaviour. They should say so.

“I’m also uncomfortable with the narrative that these are ‘historic’ allegations. Most of them concern people who are not just still at the club but in positions of power. There has to be accountability. It seems to me that, while everyone who was in that room in August 2018 remains in positions of responsibility at the club, it will be hard to take their words seriously. For that reason, I feel the positions of the chief executive, the director of cricket and the inclusivity and diversity manager are untenable.”

It emerged on Wednesday that Yorkshire had received the report but had no immediate plans to publish it, prompting Rafiq to accuse them of “trying to bury it”, to describe the process as “a sham” and to demand that the ECB intervened to force disclosure. Within hours the ECB’s chairman had contacted Yorkshire “to formally request a copy, together with a timeline for publication”.

Yorkshire have now said that “we aim to publish as much of the report and recommendations as we are able, subject to any legal restraints on doing so, in the coming weeks”. Because the process has no legal standing any individuals accused in a published report of behaviour that would damage their reputation would be able to sue its authors and the club, who will want to redact some sections to protect them from legal action.

“The investigation has been in depth and far from easy,” Yorkshire said in a statement. “It commenced in November, three months after the allegations were made. Further witnesses came forward in April 2021.

“We acknowledge that it has been a distressing and difficult period for those involved. We are sorry that the process took longer than we had hoped, but it has always been our position that the investigation should be thorough, and so far as possible, not compromised by external factors.”

Roger Hutton, the Yorkshire chair, said that since he joined the board in April 2020 the club “has continually tried to improve its relationship with diverse communities” but that “it has not progressed far enough” and that “this report will be a platform for further important changes”.

Hutton said: “I would like to acknowledge Azeem’s courage in raising these issues, and his participation in the investigation, which I understand must have been very difficult. I would also like to express my sincere apology to him for certain failings by the club, which have been highlighted by the panel. He has very obviously experienced some difficult and distressing times during the time since 2008 and the club could, and should, have supported him better.”

In a statement Cindy Butts, chair of the Independent Commission for Equity in Cricket, which was created by the ECB this year to examine issues relating to race and equity in the game, commended Rafiq “for the bravery he has shown in speaking up and shining a light on the racism he said he experienced as a Yorkshire cricketer”.

Butts invited Rafiq to contribute to “an examination of how cricketing organisations approach complaints of racism and wider discrimination” being undertaken by the commission, which will conclude in summer 2022 with the publication of “recommendations designed to make cricket a genuinely equal and inclusive sport”.