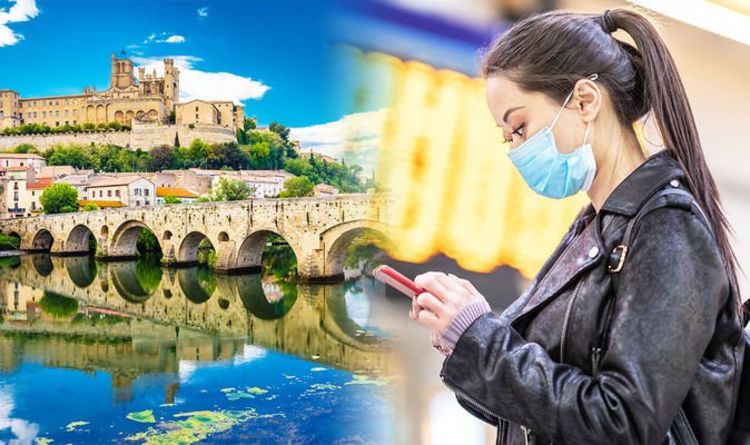 Those travelling to France from a number of European countries will now be required to show a recent negative test when entering the country. The changes come in the same week the UK Government updated rules for those returning from France.

Travel rules for those entering and leaving the UK have constantly been changing.

France is currently one of the countries on the UK amber travel list.

Britons returning from amber list countries no longer need to quarantine if they have had two doses of the coronavirus vaccine.

However, the rule does not apply if coming back from France and even those who have been double-vaccinated must quarantine for 10 days.

The UK is not the only country to introduce new rules for those visiting.

France has said today it will require people arriving from six European countries to have more documents.

People entering the country must have a negative Covid test taken within the previous 24 hours.

This applies to unvaccinated arrivals from the United Kingdom, Spain, Portugal, Cyprus, Greece and the Netherlands.

The new rule is set to be enforced from this weekend and adds another barrier for entry for those who have not been vaccinated.

French politician Clement Beaune posted on Twitter: “Coming/returning from Spain and Portugal, but also from Cyprus, Greece, the Netherlands and the United Kingdom: for unvaccinated, an antigen test or PCR of less than 24 hours is required.”

The changes come into effect just days after the UK announced the different amber list rules for travellers from France.

France has also updated the guidance on wearing face coverings in public.

Earlier this year, it was mandatory to wear a mask even when outdoors.

However, the rules were relaxed outdoors in June at the same time a nightly curfew was lifted.

While many areas are still mask-free, some rules regarding face coverings have been reimposed.

Masks are set to be made mandatory when outside again in Pyrenees-Orientales.

There are many things Britons must take into consideration before travelling abroad.

Of course, they must stay up-to-date with the latest travel restrictions from our Government.

However it is also important to research the rules in the country they are entering.