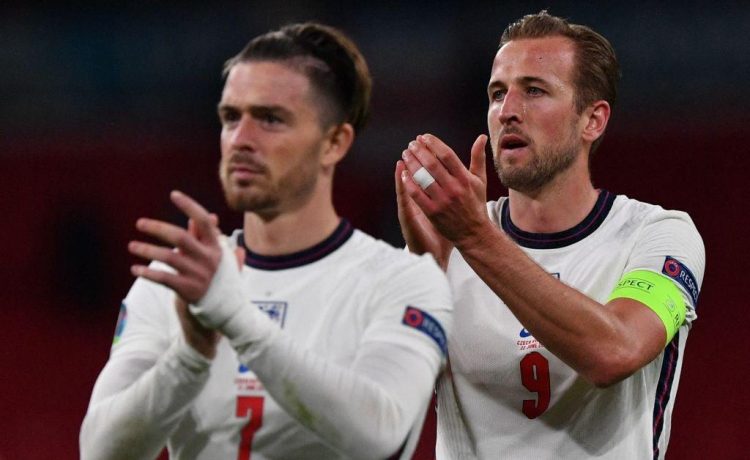 On Wednesday evening, most of the England players will gather to watch the final Euro 2020 group games. Some, like Harry Kane, don’t actually like to get too wrapped up in the rest of the tournament. Others, like Declan Rice, can’t get enough of it.

The difference this time is that the England players will be watching their next opponents. They will finally know who they are facing in the last-16, but how much they actually know about themselves is another issue. This game will go a fair way to telling us.

It has been one of the curious aspects of this campaign, and now this tie. Everything has built up to this. Almost everything before it has been little more than prelude.

That is summed up by the fact we still don’t really know anything new about England from these three group games. They all felt like the same game one after the other, to go with so many similar matches in the last two years.

Even the last match against the Czech Republic had the feel of a qualifying fixture, right down to the fact it ended up as quite a chilly Wembley evening.

The reality is that England haven’t had a truly exacting fixture in two years, since the Nations League.

They now go from a certain sense of long purgatory to sudden death, with those words taking on a greater depth than usual. There is a slim chance it could be Hungary, but the likelihood is it will be France, Germany or Portugal with all of them representing the most severe possible tests so early on.

It could be the toughest game England play even if they get past it.

They are certainly going to find out an awful lot about themselves, from whether true progress has been made since Russia 2018 to the question of how well the system works against serious sides. There is a fair argument that this has been what all of England’s more prosaic games – like against the Czech Republic – have been preparation for Southgate who has been road-testing an approach for games against the best sides.

He has certainly disabused the idea that England would have different approaches for different teams, which has maybe created less open games against less talented teams than we would have otherwise seen. There has been the lingering feeling that England are capable of so much more, and certainly more than two goals in three games.

The approach would nevertheless be vindicated by victory on Tuesday.

Southgate himself would no doubt quibble with the idea that England have learned much new. He would have seen the last three games as invaluable, from emphasising the depth and variety in the squad to being able to try a few different things.

Perhaps most importantly, Raheem Sterling has offered an alternative source of goals to Kane – and so far the only source of goals. He has posed problems, especially with his runs from deep, that opposition defences have struggled with.

“I think we’ve always felt we can’t have all the scoring burden lie with Harry and over the last couple of years, since the game in Seville [a 3-2 win over Spain] which was a real lift-off moment for Raheem, he’s transferred his club scoring form into matches with us,” Southgate said. “When you get wide players scoring that’s a huge lift. We knew he wasn’t necessarily a regular for his club but perhaps we’re reaping the benefits of that in that he’s fresher than he might’ve been.”

The other wide player now seems almost certain to be Bukayo Saka, after a man-of-the-match performance.

The Arsenal player’s impact also pointed to how pure hard work can make an impression on Southgate. The manager admitted that it had been Saka’s performances on the training ground that had secured his place.

You’d almost put him ahead of Jack Grealish now, despite the Aston Villa playmaker’s assist. Saka does more work off the ball, and has more tactical variety. Grealish still feels better suited to an impact role late on – especially against the better sides when Southgate can’t really afford to indulge players. They will require intensive work, that Saka has offered.

“Bukayo, I can’t speak highly enough of him,” Southgate said. “He’s earned that opportunity, his performances in training have been outstanding. We’ve talked about playing him in previous matches and he earned that chance tonight. He was fabulous.”

Harry Maguire meanwhile returned to the team and restored greater resilience, while Jordan Henderson got a valuable half.

These are all fair positives for England, when the games had seemed relatively prosaic.