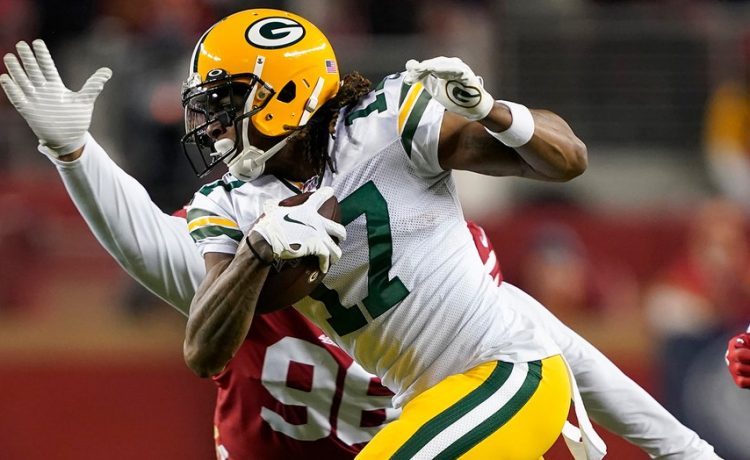 Green Bay Packers fans have been on an emotional roller coaster this offseason, a ride that first began with the possibility of losing veteran quarterback Aaron Rodgers — but things have taken another turn, with star wideout Davante Adams’ future also in question.

Adams, 28, tweeted a cryptic message Tuesday night amid recent conversations he’s had with the Packers as he enters the final year of his contract.

Adams’ tweet comes just after he told Fox News in an interview this month that he has started the “beginning stage of talking” with the Packers but that the situation surrounding Rodgers could play a role in his decision to sign a new contract.

“That’ll play into it, but there’s been talks, just really just talks, but we haven’t really done anything or talked about anything that’s worth mentioning,” he said. “It’s kind of just been the beginning stage of talking, and we’ll figure out what happens. Hopefully, something gets figured out, but I’m just there to play ball either way. That stuff will take care of itself eventually.”

Adams told Bleacher Report in a subsequent interview that he’s “not planning on going anywhere” but that’s just “one piece” of it.

Las Vegas Raiders quarterback Derek Carr added to the mix over the weekend, saying he’ll be “recruiting very hard” for his former Fresno State teammate once the time comes.

“I’ve learned in this business, you never shut a door on anything,” Carr said. “He’s the best receiver in the NFL. The guy’s unbelievable … I would always welcome playing with him again. I think it would unlock some things in both of us that people haven’t seen yet. I’m always open to that, and I will be recruiting very hard. So when that time comes, that will be a full-court press.”

Adams addressed Carr’s comments in a separate interview with KFSN on Tuesday, saying it would be a “dream” to reunite with Carr but that he’s a “Packer now.”

“I’ll just continue to be me and just let this thing kind of work itself out and see what happens,” he said. “Obviously, I love Derek to death. We’ve got a great friendship and we still communicate really, really consistently. He’s one of my best friends. Obviously, it would be a dream to be able to play with him. But I’m a Packer now. Until that point when we make that decision, I guess we just gotta, we’ll see what happens.”