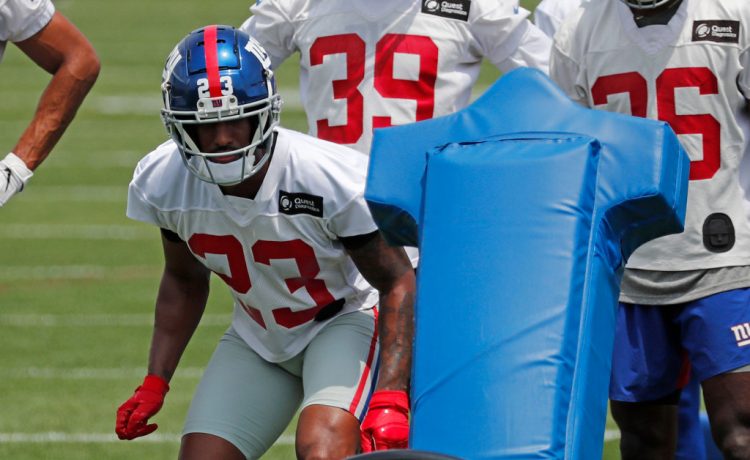 Jason Sehorn. Corey Webster. Antrel Rolle. What do they have in common? All were defensive backs who had spectacular careers with the Giants and even appeared in Super Bowls.

Up next: Logan Ryan?

This offseason, Ryan has taken it upon himself to bridge the gap between the secondary of Giants past and future. Ryan reached out to three of franchise’s past leaders for advice on how to take this team from good to great.

“I want to be like them and lead those units, and I asked them personally how to be a better leader and a player,” Ryan said. “I’m an empty cup. They are filling it up, and I just try to relate that and try to teach the history of the franchise to the young guys so we know that our standard is to be one of those secondaries to make the organization and fan base proud.”

Ryan then put his goals into action by inviting most of the secondary to Florida for a cornerbacks summit. Among the attendees were James Bradberry, Xavier McKinney, Julian Love, Isaac Yiadom and newly signed Adoree’ Jackson. The trip included some fishing as well as training and drills to get the those members of the unit acquainted on and off the field.

The following week, the same group caused quite a stir when most of its members sat out of OTAs. However, coach Joe Judge was not worried about them missing the three-day period. Instead, he praised them.

“Between guys getting together in Florida, multiple places, a couple of our D-linemen got together for some different events, football-related. Look, the more your team can be together and bond and build chemistry and work together, the better that is for your locker room.” Judge said.

Having good team chemistry is one thing, but having solid team chemistry and winning is another. Ryan thinks that his new band of brothers will be able to transfer the comradery to the field, and reap the benefits of the fishing trip.

“I was really inspired by just the bonding that took place. It’s going to be special and it’s going to pay off.” Ryan said.