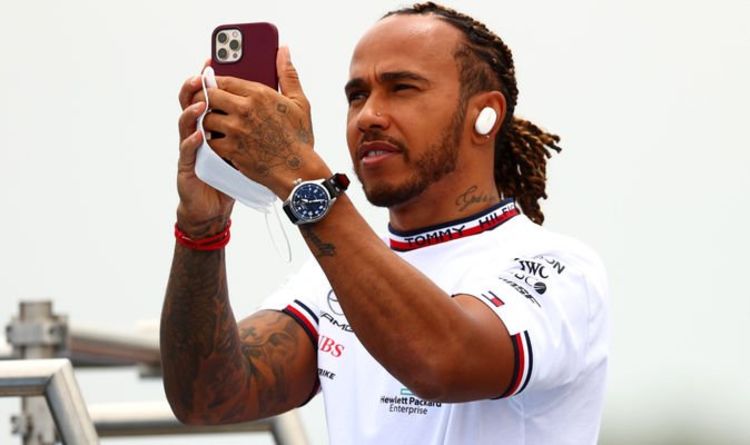 Lewis Hamilton has admitted that Mercedes will be need to maximise their straight-line speed in order to give Red Bull’s Max Verstappen and Sergio Perez “a run for their money” at the upcoming Austrian Grand Prix. Verstappen goes into the race at the top of Driver Standings, having won the French Grand Prix last weekend.

Verstappen is currently 12 points ahead of defending champion Hamilton and the Dutch driver is the favourite to win in Austria.

Speaking ahead of the race, Hamilton admitted as much, explaining that Red Bull simply possess more raw power on the straights.

He said: “It’s a power-hungry circuit, got those long long straights so we could see something similar to this weekend, obviously with the straight-line speed of the Red Bull.

“We’ve got three days to try and see if we can make any adjustments and improvements and maybe if we maximise absolutely everything maybe we can give them a run for their money.

“We’ve got to find some pace, that’s for sure. Most of the time we lost was on the straights.

“So we’ve got to dig deep, try and figure out where that is, and whether it’s power or drag but overall, we’ve still got a good package.”

Verstappen, meanwhile, is optimistic about Red Bull’s chances of success in Austria, saying: “I’m looking forward to it, first of all, of course because it’s like a home grand prix.

“We’ve had good results in the past but it’s not a guarantee. We have to again set up the car well there and read the conditions well.

“I don’t know what the weather is going to be like so I’m looking forward to it.

“I’m for sure expecting it to be close again but yeah, we’ll find out when we are there.”

Former Williams driver Sergey Sirotkin has said he expects Mercedes to “have an even harder time” at the Austrian Grand Prix.

“This is the first moment since Mercedes took over in 2014 that we can really say Red Bull is stronger,” Sirotkin said.

“That, in turn, gives them more opportunities to overtake. You could also see in the braking zones that they are really faster on the straights.

“With this package, they will go well at power circuits where top speed is even more important than at Paul Ricard.

“Such as Spa-Francorchamps, Monza and soon, to a lesser extent, the Red Bull Ring. So I expect Mercedes to have an even harder time there against Red Bull.”