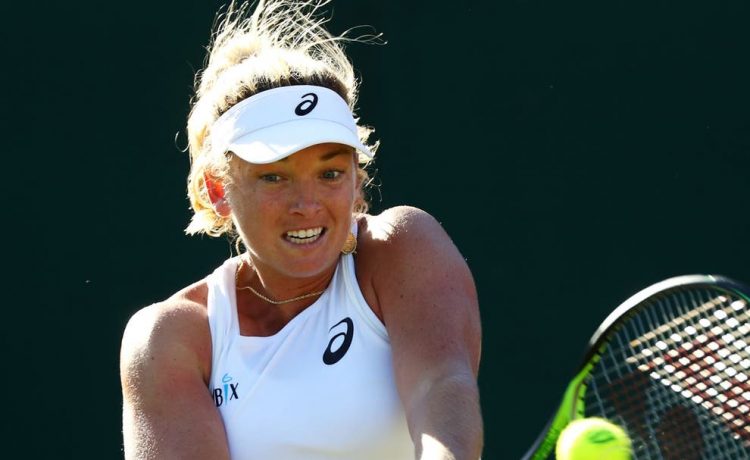 Walking into the All England Club again will be a special moment for CoCo Vandeweghe later this week. Two years ago walking anywhere would have brought joy to the 29-year-old American, who is finally playing again after being dogged by physical issues ever since she suffered a foot injury at Wimbledon in 2018.

“I honestly didn’t think I’d play again because of my foot,” the former world No 9 admits. “My first goal was just to be able to walk again. I really didn’t know if I was going to be able to do that.”

Vandeweghe, a Wimbledon quarter-finalist in 2015 and 2017 and a semi-finalist at the Australian and US Opens, traces her problems back to what she considers poor advice to play through the pain after she rolled her right ankle in the first round at Wimbledon three summers ago. Although she went on to win the US Open doubles title alongside Ashleigh Barty two months later, Vandeweghe did not win another singles match that year and eventually had to take a lengthy break.

“Playing injured, as I did for the rest of the year, caused CRPS, which is complex regional pain syndrome,” she says. “It’s your body’s fight-or-flight mechanism. It shut down my foot completely. I was in so much pain I couldn’t even have a bed sheet on my foot. That definitely set back anything that I was going to do in terms of the floating bones that I had from my Wimbledon injury and the stress fracture that I had suffered. I literally couldn’t touch my foot. I couldn’t walk for two months.

“It’s your mind saying to your body: ‘I’ve had enough. I’ve had enough of being in pain and I’m shutting that part of the body down.’ I had a lot of therapy, did a lot of sweating on the physio table and went through a lot of pain.

“Then after I started walking again I had to relearn how to run. I had to relearn everything. I was almost like a stroke victim, though I’m not trying to compare myself to that because that’s scary enough in itself.”

Vandeweghe began her first comeback in the summer of 2019. She reached the final of a minor tournament at the end of that year, but the pandemic interrupted her progress the following spring as tennis shut down.

Competition resumed in the summer, only for Vandeweghe to suffer another serious injury when a container that had been in a microwave exploded in her left hand, damaging her little finger. Following surgery she started her latest comeback in March this year, 12 months after she had played competitively.

Both injuries left Vandeweghe wondering whether she would ever play again. “I’ve had very difficult conversations with my coach,” she says. “I’ve had difficult conversations with people who are close to me. I’ve said: ‘I don’t think I can do this, having this self-doubt.’ I had never before felt self-doubt in my body, but when it’s not responding to what you want it to do and what you’re very used to it doing that at a very high level, you doubt whether you’re going to be able to do it again.”

World No 9 as recently as January 2018, Vandeweghe had plummeted to No 636 when she started her first comeback the following year and was No 228 when she returned for a second time three months ago. Players recovering from long-term injury can use a “protected” world ranking (which reflects their pre-injury ranking position) to gain entry to a limited number of tournaments, but otherwise the only route back into the top events is through wild cards or qualifying competitions.

Vandeweghe says she had been given few favours. “I wasn’t really getting the respect from certain people that I thought I deserved,” the American says as she reflected on her initial return. “I thought that being a top-10 player, a semi-finalist in Grand Slams and winning the Fed Cup for my country had been enough for me to prove myself and be awarded the opportunity to have an easier route than playing ‘qualies’ and Challengers.”

Had the experience made her determined to prove a point on the court? “Yes, I’ve definitely had that kind of chip on my shoulder my whole career,” Vandeweghe says. “I’ve definitely wanted to prove wrong people who said I was never going to make it and was never going to be good enough. When I did make it and made quite a career for myself, I definitely had that gloating feeling of ‘I told you so.’

“But this has been different. I’m not going to point blame at anyone in particular, because I definitely think my own ego has been at fault. What I expected and what I received were two very different things. I definitely needed to take some punches on the chin to be able to come back.”

Having played so little in the last three years, Vandeweghe is having to rediscover her feel for top-level competition. “I’m not one of those players who gets it right away,” she says. “I need time and patience, but I’m getting there, slowly but surely.”

Until last week Vandeweghe had not won a tour-level match for 18 months, but after coming through qualifying at the Viking Classic in Edgbaston she reached the semi-finals with main-draw victories over Kristyna Pliskova, Ajla Tomljanovic and Marie Bouzkova before losing to Daria Kasatkina. She has always been a fine grass-court player and will be a dangerous “floater” at Wimbledon next week. She is using her protected world ranking to enter the main draw.

Has the experience of the last three years given her a greater appreciation of how good it is simply to be fit enough to play the sport she loves?

“Definitely,” Vandeweghe says. “I appreciate just being able to walk. I’m appreciative of being able to run. I’ve always counted my blessings. I have both my legs, both my arms. I grew up with my mum taking me to a boys and girls club helping people who were less fortunate than me, people who maybe were missing an arm or a leg and couldn’t do what I do as freely.

“Having been unable to walk and run for quite a while, I’m definitely thankful that I’m now able to play the sport at a high level once again.”