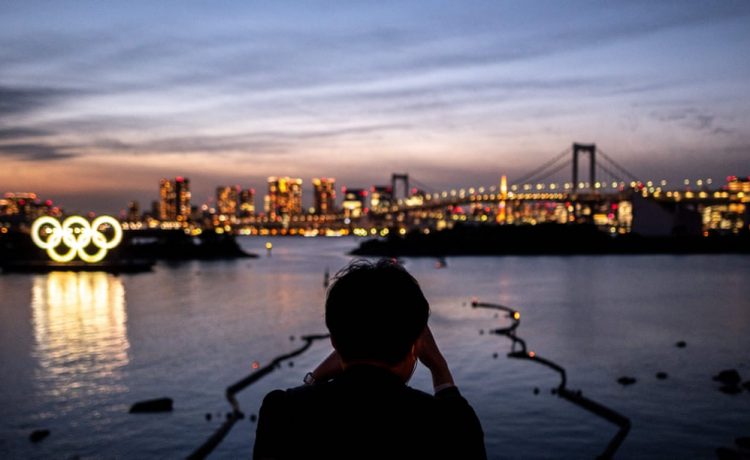 Perhaps the Tokyo 2021 Olympics will provide the answer to an age-old question: what happens when an unstoppable force meets an immovable object? As the Covid-19 pandemic continues to ravage the globe, and the International Olympic Committee remains steadfast in its mantra that the Games will go ahead, the world awaits the 23 July opening ceremony to see what happens upon impact.

The Olympics are immovable for one reason only: money. Three-quarters of the IOC’s revenue comes from television rights alone, for two events – the summer and winter Games – held every four years. For the IOC, the threat of a multi-billion dollar black hole in its budget is too much to bear. Covid be damned.

For the Japanese and Tokyo governments, meanwhile, the A$20 billion official outlay on the Games makes cancellation unpalatable (the real total is estimated at twice that sum). With Beijing hosting the winter Games early next year, Birmingham following with the Commonwealth Games and hosts locked in for the 2024, 2028 and 2032 Olympics, further postponement is impractical.

The game of chicken with the pandemic therefore continues, despite increasing disapproval among Japanese citizens. A recent headline from Associated Press said it all: “Tokyo Games need 500 nurses; nurses say needs are elsewhere.” The seven-day average for Covid cases in Tokyo hovers at about 1,000 per day. And yet, in less than three months’ time, the city will welcome 11,000 athletes and perhaps double that number of staff, coaches, judges and journalists. Plus, almost inevitably, Covid-19.

The IOC and Japanese government are hoping that reams of paperwork might thwart the problem. Last Saturday, journalists still intending to travel to Tokyo received a 51-page ‘playbook’, sent by the local organising committee, outlining in exhaustive detail the rules and restrictions each is expected to follow. Media organisations are required to appoint a “Covid-19 liaison officer”, while all journalists must develop a daily “Activity Plan” and sign a written pledge taking responsibility for compliance with the playbook. No pledge, no entry to Japan.

It remains to be seen whether the playbook will survive contact with this particularly virulent enemy, but the restrictions continue to ramp up – no doubt to quell the concerns of Japan’s apprehensive public. Before departure, Olympic delegations must twice be tested for the virus (in the prior edition of the document it was only once), and then again on arrival. Media are required to quarantine for the first three days – another new requirement – although they can still perform “essential Games-related activities” while nominally quarantining. Tokyo sightseeing is probably off the agenda.

For athletes, the restrictions are even more onerous. Although the final Covid countermeasures will not be confirmed for some time, among the rules floated so far are daily testing, a prohibition on cheering for teammates and no contact with competitors from other nations. To aid that “bubble”, Australia’s Olympians will be encouraged to avoid the athletes’ dining hall, and instead be provided with pre-packaged food prepared back home. Such are the lengths the Australian Olympic Committee is going to, to give their athletes the added edge, the AOC is even intending to bring its own, extra-fast Covid testing machine to Japan. Marginal gains indeed.

International spectators have already been banned, and the local organising committee is yet to decide whether locals will be permitted to fill the stands. It seems unlikely; Japanese media has been reporting on the possibility that the Games may go ahead before empty stands, in what seems to be a deliberate public relations strategy to lay the groundwork for the announcement. And so, in eerily-quiet arenas, the world’s best athletes will compete in a – quite literally – made-for-television spectacle.

Whatever ultimately happens, there will be few real winners. Athletes who have spent the past five years preparing for this moment, but whose medal hopes could be dashed by close contact with a confirmed Covid case in the athlete’s village. The Japanese government, which has poured billions into the Games that will remain forever memorable, for the wrong reasons. The IOC, which will be rightly criticised if the Games turn into a super-spreader event, and is unlikely to win much praise in any event.

Such is the air of disbelief over whether the Games will truly proceed that, just over 10 weeks before athletes will fly to Tokyo, many still privately harbour doubts. The mental anguish caused by this uncertainty, while they continue to push their physical limits in the hope of Olympic glory, must be excruciating.

But unless the IOC blinks, to Tokyo they will go. Athletes are only allowed to arrive five days before their competition, and must fly out within 48 hours of finishing. Upon returning to Australia, they will have 14 days in hotel quarantine to ponder their participation in what will undoubtedly be the strangest Olympics on record.