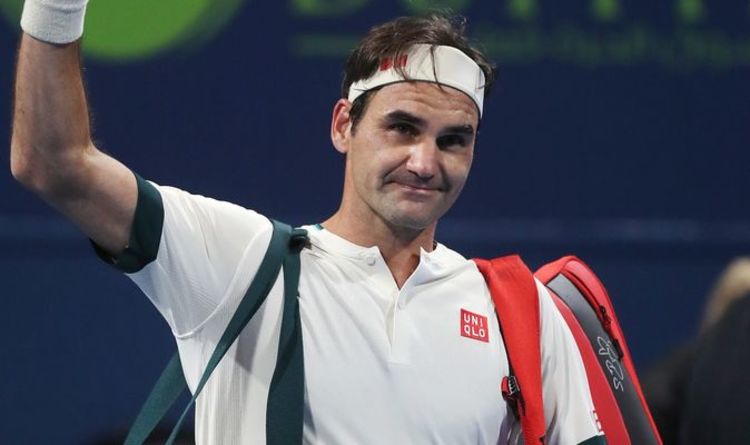 Roger Federer has confirmed that he hasn’t set the French Open as one of his main “goals” after suffering a surprise defeat to Pablo Andujar at the Geneva Open. Federer made his long-awaited comeback in Doha back in March after more than a year out of action through injury.

He managed to get past British No 1 Dan Evans, but went out in the following round to Nikoloz Basilashvili.

Federer then decided to withdraw from the Dubai Tennis Championships to focus more on training and his fitness.

And fans would have to wait two months before Federer stepped back on the court, appearing in Geneva for his first match on clay since 2019.

There was plenty of anticipation on how the 20-time Grand Slam champion would perform, with the French Open just around the corner.

Federer has been quiet on whether he plans to play in Roland Garros this year having only played once at the claycourt Grand Slam since 2015.

The 39-year-old wanted to use the ATP Tour 250 event as a warm-up to see where his game was and was drawn to face Spaniard Andujar having received a bye for the first round.

Andujar proved a tough test for Federer as well with the 35-year-old taking the opening set.

Federer then began to find his rhythm to force a deciding set and looked on course to progress to the third round after breaking his opponent’s serve.

But Andujar was undeterred and soon turned the game on it’s head with some sublime tennis to eventually take a shock win.

It’s a bitter blow in Federer’s preparation for the French Open, although he hasn’t confirmed his participation as of yet.

The Swiss tennis superstar admits that Wimbledon remain his big goal and working up to full fitness over the next few weeks will be his main concern.

“My goal is the grass court season, not Roland Garros,” he said.

“The next weeks will be important to get used to the Tour again. Matches are different than training sessions.

“I know I will not win the French Open.

“I’m not so sure in the last 50 years in Paris somebody rocked up at 40 years old, being out for a year and a half, and wins everything straight or in five sets.”

Federer went on to admit his frustrations at not being able to progress further in Geneva, but feels better physically on his road to full fitness.

He added: “I was expecting better from myself. I was not able to make a difference in key moments.

“I am disappointed for the organisers who were really happy to see me here.

“The good thing is that I can play tennis again. I feel better physically than Doha. I just have to accept this loss.”