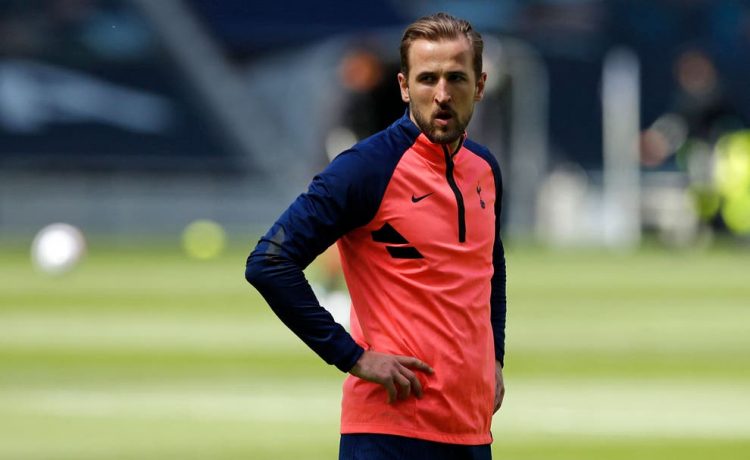 Tottenham manager Ryan Mason has played down talk of Harry Kane leaving the club this summer, insisting his only focus is Spurs’ final two games of the season.

Kane has spoken to the Tottenham hierarchy requesting permission to seek a new challenge in his career, but the club insist he is not for sale and are privately frustrated by the timing of the story’s emergence ahead of key games which will decide their European qualification. Spurs are sixth in the table and host Aston Villa at the Tottenham Hotspur Stadium on Wednesday evening, where fans will attend for the first time this season, before Sunday’s trip to Leicester on the final day.

Asked if Kane has asked to leave Spurs, Mason said: “No, not that I’m aware of.”

“I have been consistent, I am here for the next two games and that is my main focus in preparing a football team and winning a game of football. Hopefully we can do that and Harry can get on the scoresheet.”

Manchester City, Manchester United and Chelsea are all monitoring the situation, but Tottenham chairman Daniel Levy would prefer to sell Kane abroad if he must be sold, rather than hand over the club’s best player to a Premier League rival.

Of the fans’ reaction to Kane since the news, Mason said: “They’ll love seeing him play. He loves the club, he’s been here from a very young age, come through the system. I’m sure the fans are excited to see Harry play. He’s going to be 100 per cent committed. I’m looking forward to seeing him play in front of our fans. He starts tomorrow because he’s our best striker.”